In the Spotlight . . . and the Shadows

The five cousins (ages ranging from six to fourteen) crowded onto the hammock in my brother’s backyard, pretending they were in a rowboat in a terrible storm. They shifted their weight trying to make the hammock sway perilously close to tipping over. They squealed and shrieked with delight, and the youngest yelled, “Watch out for the salami! Here comes the salami!” It took several minutes for the adults to figure out she was trying to say “tsunami.” My sister had the same idea I had: great Facebook status update. We took dozens of photos of the kids on smartphones, digital cameras, and iPads. Every moment from that lovely afternoon recorded.

Now, it’s one thing to be forced to sit still while the summer party paparazzi get their cameras out, but imagine living in this kind of fishbowl every day of the year. That’s how many of our presidents’ offspring described their experience as residents of the White House. But for every photo opportunity and “aw-shucks-isn’t-that-kid-cute” White House Kid fluff piece in the news, there are thousands of “salami” moments missing from the historical record. It’s this “hidden” history that I sought to capture in White House Kids. Often photographed, but also just as often forgotten or at least relegated to the footnotes, these children experienced history firsthand. They did their homework where some of the nation’s most important documents were signed. They rode their bikes down the same stairs where their fathers and mothers were introduced at large gala events. Dressed up and told to behave, they tried not to fidget while their parents spoke, waved, shook hands, etc. Any mistake or normal childhood/adolescent/teen indiscretion, a potential news story the following day—a non-fluff-piece story mom and dad would not be happy to read. (Just ask George and Laura.)  The next time your kids complain because you’re reading their text messages and Facebook comments, remind them that they should be lucky they don’t live in the White House.

I had a lot of empathy for these kids as I learned about their lives during and after their time at the White House. Tad Lincoln lost his brother at the White House. And then his father. Chelsea Clinton got made fun of on national TV because of her looks. She was a fourteen-year-old girl for God’s sake! The Garfield children spent more time in the White House watching their father die than watching him lead the country. Years later, Jesse Grant fondly recalled stargazing on the White House roof with the country’s most famous war general and president—whom Jesse simply called “Dad.” And then there was Teddy’s brood. They didn’t move into the White House so much as invade it. They brought dozens of animals, explored every nook and cranny of their new home, discovered that the cookie sheets from the White House kitchen made great sleds for sliding down the back staircase, and played pranks on the staff. Of all the White House kids, these are the ones I would have wanted for childhood friends. Alice would have been my first crush—though she never would have even noticed me. Quentin would have invited me to join his White House Gang, and together we’d have stuffed Algonquin the pony in the White House elevator. I would have gladly helped him try to fix the full-length portrait of First Lady Lucy Hayes, which he rammed into with his wagon. But, most of all, I would have wanted to be there for all the “salami” moments that weren’t captured. These young lives were spent in the spotlight and the shadows at the same time, and for every wonderful moment I learned about while writing this book, I know there are dozens more lost to time.


This video was created by fifteen-year-old Aidan Weaver.
Posted By: Joe Rhatigan 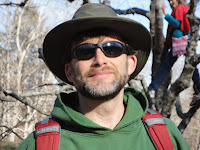 Joe Rhatigan has authored more than twenty books for children and adults, including Bizarre History, Bizarre Crimes, Don't Unravel When You Travel, and Out-of-This-World Astronomy. He has also produced several best-selling books and series, including 100 Places You Gotta See Before You're 12!, The Boo Boo Book, and the My Very Favorite Art Book series. Joe has been a poet, a teacher, marketing manager, and a newspaper boy. He lives in Asheville, North Carolina, with his wife and three children.
Posted by Charlesbridge Publishing