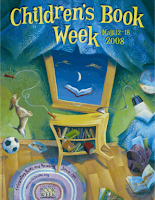 There are three more days remaining in Children's Book Week. Travel to the CBC site to see all the fantastic things that happened in the past week to celebrate books, reading, and children.

One of the highlights of the week was the first annual Children's Choices Book Awards. The children are no longer just seen, they have spoken and they say they like books.
Especially these ones:

Frankie Stein by Lola M. Schaefer - honorary Charlesbridgian, though we no longer have her book.

Encyclopedia Horrifica by Joshua Gee, a book we would have totally stolen from the library when we were in fifth grade.

Ian Falconer was voted Illustrator of the Year.

And, underdog J.K. Rowling was voted Author of the Year.


Perhaps not the best part of a trip to New York City to celebrate great books and our privilege to publish them, but certainly a close second, was getting to stay at the Ye Olde Carlton Arms Hotel. Forget the money because it's wicked cheap. It's cheap for Kansas, let alone New York City, but you want to go for the funky, fresh art. Every inch of the joint is covered in paint lovingly applied by the hand of an Artiste. While my travel companion's room was beautiful, it did not whisper 'sweet dreams' in my subconscious. Still, it was clean, it had it's own bathroom, and it was original. At Charlesbridge we appreciate the original (which explains Jerry Pallotta).

On the other hand, my room was a beautiful Chagallian dreamscape 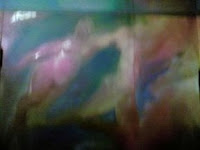 of floating, rapturous lovelies pointing the way to Heaven and the sleep of the innocent. The woman yelling for attention on 6th Avenue at 3:00 AM was in juxtaposition to my idyllic wonderland.

All in all, I would gladly return to NYC for the Children's Choices Book Awards next year. The tiny tacos were awesome! 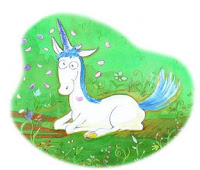 One of the questions I’m often asked as a writer is where I find my ideas. For me, there are several answers to that question. Frequently ideas come to me in dreams. Sometimes I take them from situations in my real life. And, quite a few ideas have actually come from kids.

Once I had a dream about a redwood forest. In the dream, there was a gold band with words in big, black block letters, “THIS IS A NOVEL”. I woke up, wrote the dream down, and thought, “Wow!” Two years later, it really was a novel about a woman determined to save ancient redwood trees. I was very excited. My dream had come true.

Sure that it was brilliant, I sent my novel out to quite a few publishers. Unfortunately, they weren’t quite as excited about it as I was. So I went back to the drawing board and rewrote Painted Forest a few more times. This time the responses were more favorable. Although it was not accepted for publication, many people suggested that it would make a great movie. Not to be deterred by a mere few hundred rejections, I rewrote it as a screenplay. A movie producer read it and said she might be interested if I’d rewrite the entire story again from page one. I did, and now Saving Stella is being seriously considered for production. 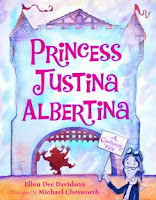 Real life inspired Princess Justina Albertina. I have two pet crazy kids. Sometimes it feels like I live in a zoo. There’s a hamster living right beside my computer, a co-dependent dog with abandonment issues following me around all day, a cat nipping my toes as I type, a horse that always seems to need more hay, and bunnies breeding out back. In a fit of pique, I sat down and wrote a story as joke, Katie Justina Albertina Smith Wanted a New Pet. That was the beginning of the dozens of versions that led to the story Princess Justina Albertina. In one version, the gryphon swallows the bratty kid but she makes such a ruckus and a rumpus

inside his belly that the gryphon gets a tummy-ache and throws her back up. One thing I’ve learned from having to rewrite everything so many times is that there are a zillion different ways to tell any story.

And kids seem to know lots of them. While writing my novel, Stolen Voices, I was teaching 7th and 8th graders creative writing. Whenever I finished a chapter, I’d bring it in to share. The kids offered so many great suggestions about how to tell the story that I probably received enough ideas to write ten novels. Some of their tidbits fit Stolen Voices perfectly, and I used them.

Ideas seem to be just about everywhere. I don’t have time to develop all of them, especially now that I’ve finally resigned myself to the fact that my first draft probably won’t be brilliant. I know that I’m going to be working with the ideas I choose for a long, long time. I’ve learned t 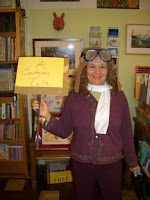 hat, for me, the challenge is to pick which ideas to write about.