One Small Step: Words to Live By 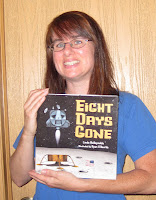 “That’s one small step for (a) man; one giant leap for mankind.”  These words, spoken by Neil Armstrong on July 20, 1969 as he stepped onto the surface of the moon, quickly became the iconic phrase that summed up the entire Apollo 11 mission.   It was a pivotal moment in U.S. History - one that served to remind people that anything is possible.

It’s a message that bears repeating.  Anything is possible.  But first you have to take that “one small step.”  It’s something I’ve always had trouble with.  That first step.  I must confess that I’m not the most confident person in the world.  I was that shy, nerdy girl in school who liked to read and keep to herself, who never wanted to try anything new and was always the last picked in gym class.  It wasn’t until I went away to college that I suddenly felt that urge to do something different.

The spark came in the way of a flyer that I saw on the cafeteria table.  It was an advertisement that read, “Come join the circus!”  And then the three magic words: “No experience necessary.”  I was intrigued.  I was curious.  And I was…a wimp.  There was no way I was walking into the unknown by myself.  I mentioned the circus to a few people in my classes, but no one seemed interested in going with me.  Until one day, a girl in my communications class leaned over and said “I heard you talking about that circus a couple of weeks ago.  I’m thinking about going to check out their practice tonight.  Want to come with me?”  YES!!! 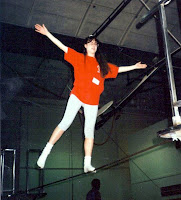 Okay, so I needed a little nudge with that first step, but I got there.  Over the next few years I learned to walk a tightwire, juggle, eat fire, and ride a unicycle.  But most importantly, I learned to believe in myself.   And one day, when my boyfriend (and future husband) said to me “Hey, you know all of that writing you do?  Maybe you should try to sell some of it,” the idea didn’t seem quite so absurd.  So, with another little nudge, I began to submit.  And submit.  And submit.  The rejections piled up.  The acceptances came slowly.  Just a poem here and there for magazines, but it was all I needed to keep me going.

Much like landing on the moon, it took many years (and many small steps) for me to achieve my ultimate goal: a book contract.  The dream has become a reality.  The fact that the manuscript began simply as a challenge to myself to see if I could pull off the “terse verse” style, makes its publication even more incredible.  Anything really is possible.

It’s no longer a message that needs to be repeated to me.  And I don’t need that nudge anymore.  I am finally able to take those small steps all by myself.  Although these days, those steps are taken in skates.  Because last year, all on my own, that shy, nerdy girl who was afraid to try anything new…went and joined a roller derby team.  Told you anything was possible! 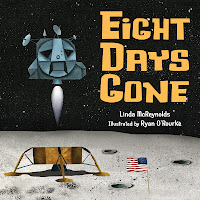 Posted by Linda McReynolds, author of Eight Days Gone, which releases on July 1st. Linda has published many poems in children's magazines, but Eight Days Gone is her first children's book. She lives in Montgomery, Illinois.
Posted by Charlesbridge Publishing 2 comments: 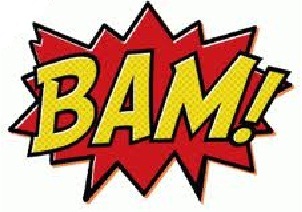 Get your justice on! Bill the Boy Wonder is now available. Don't see THE DARK KNIGHT RISES without reading the full story behind the legend of Batman. 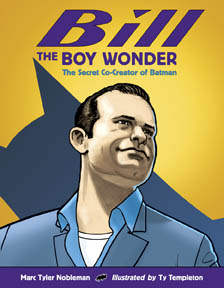 Visit the website for the discussion guide, games, and more information. 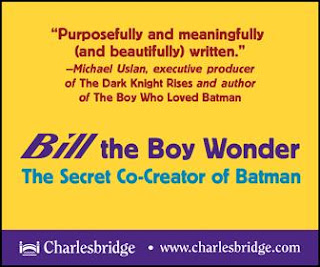