A Credit to our Ancestors

I am a history nerd. I get shivers of excitement standing in some historic place I’ve written about. Just knowing that I am really there gives me chills. I call those goose bump moments.


I went looking for those goose bumps when I was researching The White House is Burning: August 24, 1814. I wanted to be in those places in Washington I’d been reading and writing about. I was extremely fortunate to be given a private tour of the White House to see the still-visible scorch marks on old blocks of stone (mega goose bumps!). I tramped through the Congressional Cemetery to find the gravestones of Stephen Pleasanton, who’d carried the Declaration of Independence and the Constitution to safety, and of Mordecai Booth, who had been so horrified at his orders to burn the Navy Yard. I felt honored to be there.

But I have to say, mostly the magic of the place felt tantalizingly out of reach. I knew just where nine-year-old Michael Shiner must have been standing when he first spied enemy troops, and where I should find the building where British officers dined by the light of a burning White House. I could point to those places on my circa 1814 maps. Well just try exiting the Metro stop and finding those places now! Hard to find any magic when you’re just trying to get across the street. 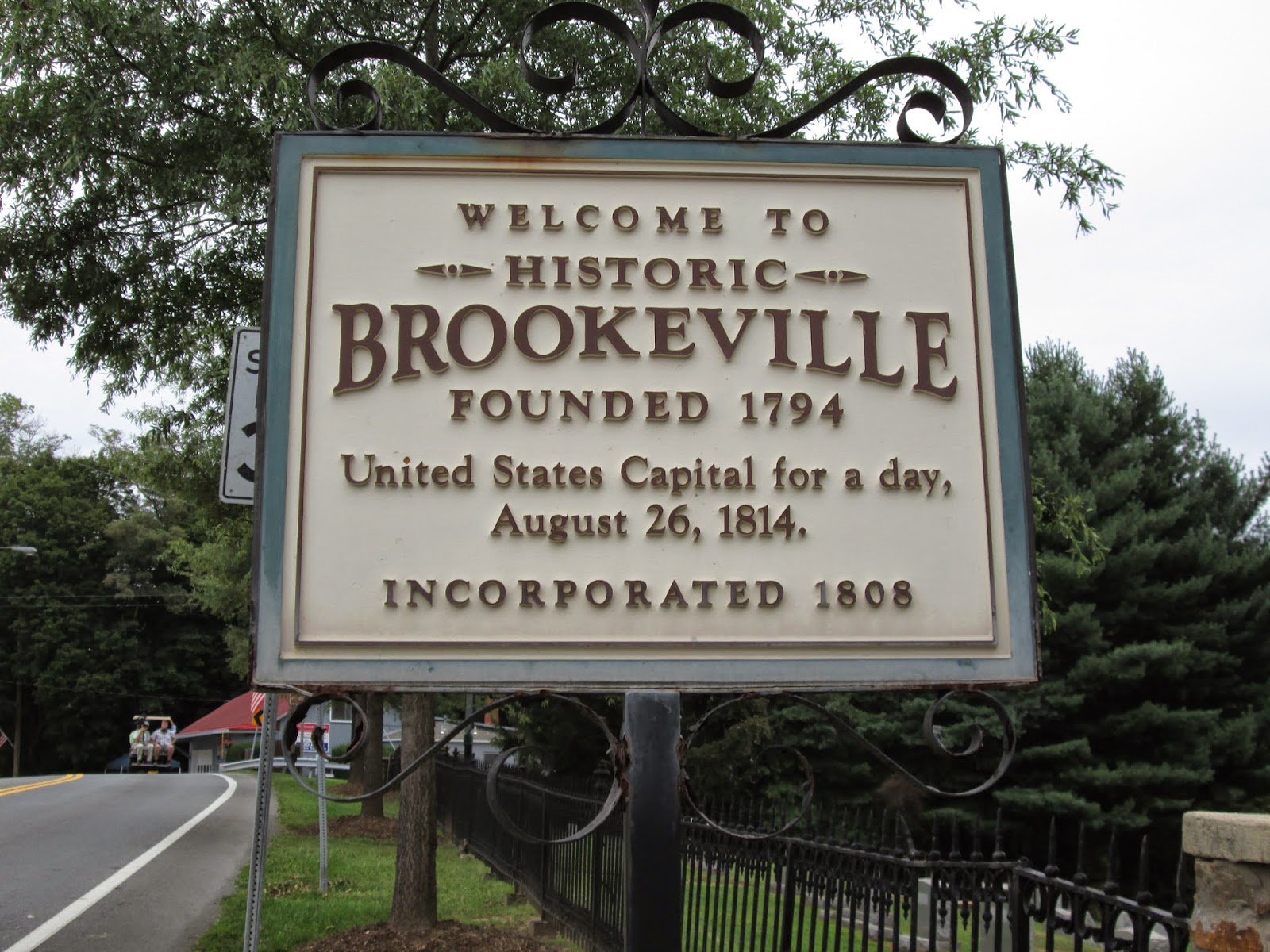 And then I was invited to Brookeville, Maryland. The little town had played a small part in the story of the burning of Washington. It had given refuge to President James Madison as he fled the burning capital. Madison was later joined by Secretary of State James Monroe as well as the capital’s treasury and government papers. By noon the next day, the president’s party had left, but for one day the quiet Quaker village of Brookeville was the seat of a government-in-exile.

That small role became part of the town’s identity. The house where the president stayed is now known as “the Madison House,” and a plaque marks the historic spot. A sign on the main street proclaims historic Brookeville the “United States Capital for a Day.”

Two hundred years later I was invited to Brookeville’s bicentennial US Capital for a Day celebration to sign copies of The White House is Burning. And I found magic. This was not some small celebration marking a small moment in history. The entire town was involved. Streets were closed down—all the streets. There were tours of the Madison House. Townspeople dressed in very authentic period costumes and reenacted the roles of their 1814 counterparts. Those who were descendants of 1814 residents—and there were many—proudly displayed their ancestor’s name on badges. This was a town that didn’t just know its history. It embraced it. 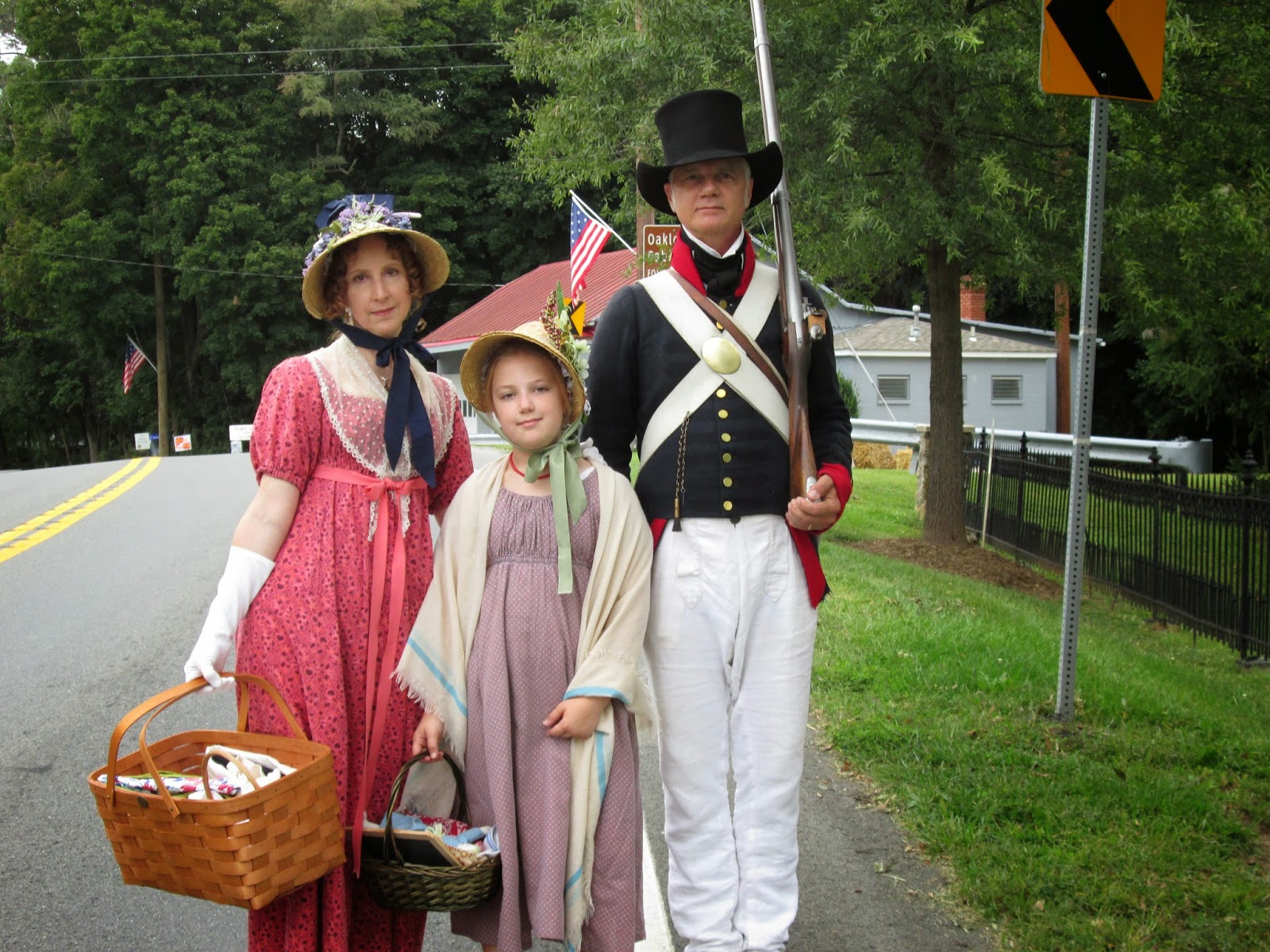 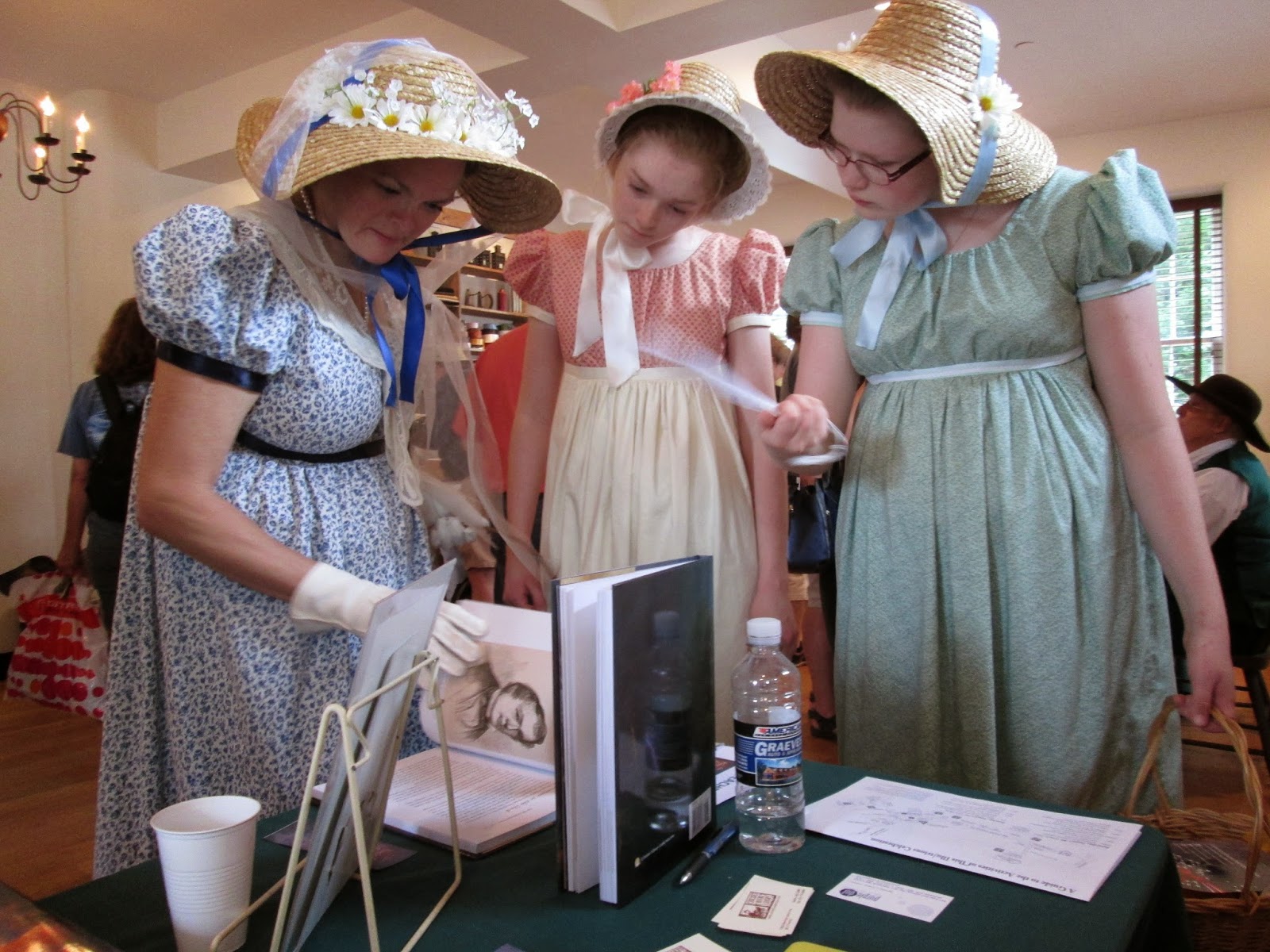 On the second day I was introduced to a very busy Katherine Farquhar, called the “mayor” of Brookeville. (She’s actually the president of the Town Commissioners.) I remarked that I had never seen so many people so enthusiastic about history, and I told her how impressed I was with the town and its US Capital for a Day celebration.

It must have been ninety degrees in Brookeville, Maryland that day. And I had goose bumps. 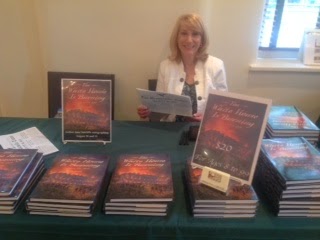 Jane Sutcliffe is the author of The White House Is Burning