Anna McQuinn Writes and Gardens and She Takes Lola with Her

When I started writing Lola Plants a Garden, I thought I was just writing a simple story about Lola and gardening. I thought, 'if she wanted to garden, Lola's a bit like me, so first thing she would do is read up on the subject.'
She loves books anyways, so that was appropriate and that's what I made her do.

I actually have a small town garden and I don't really regard myself as a gardener. But I do have a wonderful collection of gardening books with fantastic photographs of beautiful gardens and inspiring schemes… Our garden is at it's best in spring, (when I do a little weeding and planting) but once the big cherry tree comes into leaf it's too shady for many flowers, so I spend most of the time sitting in the shade reading gardening books (and occasionally cook books, craft books…) I've always been a little bit more into reading about doing things and looking at nice pictures of things than actually making or doing! 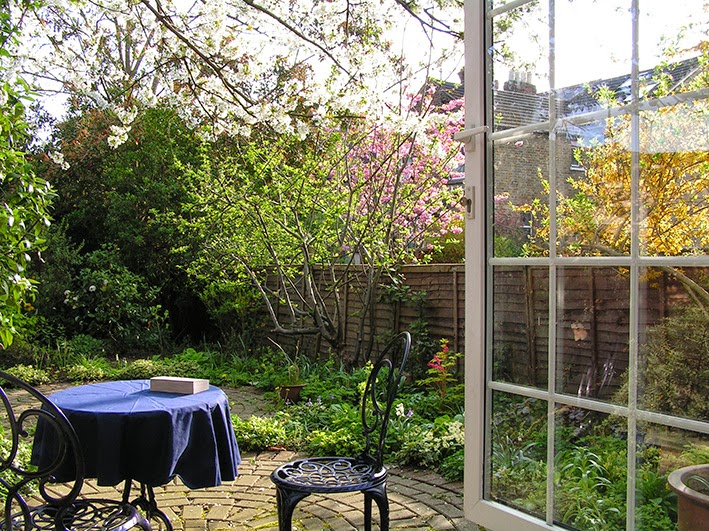 I actually did more gardening when I was very little. My dad is a very keen gardener, growing vegetables and fruit in our back garden, as well as flowers and a large lawn out front. His carrots, turnips, potatoes, onions, lettuces, strawberries, and rhubarb kept us happy and well fed (except for the year when, aged three, I picked the strawberry flowers and presented them in a bunch to my mother!). 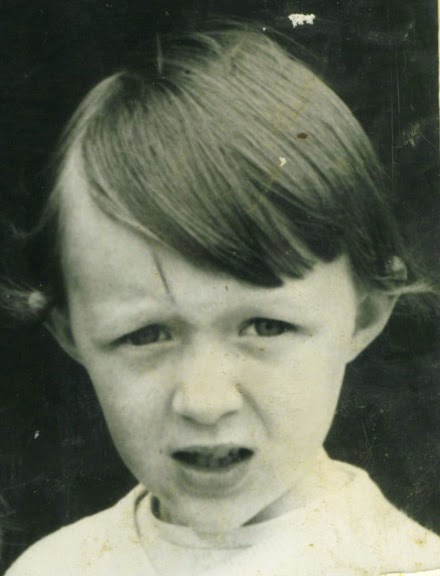 I helped with weeding and planting, and he also gave me a little patch to grow my own stuff – some onions, lettuce, a few flowers… My most adventurous year was the one when I decided to grow various items mentioned in the Enid Blyton stories I was reading. Like Lola wanting to re-create Mary Mary's contrary garden, I wanted to be like the Famous Five and the adventurous four who seemed to exist on a diet of radishes, watercress sandwiches and ginger beer.( I thought ginger beer was alcoholic and off limits  – in fact I was a bit shocked the children were allowed to drink it) but I was determined to find out what watercress and especially radishes tasted like (having never eaten them before).

I have to tell you, both were disappointing. I couldn't really understand the attraction of watercress (though combined with hardboiled egg and mayonnaise  - a recipe from one of the cooking books I also happened to have borrowed from the library - it was just about OK). But the radishes were a total bust! I think that in combination with the descriptions of Dick and George wolfing them down, the very word 'radish' sounded delicious to me. So the bland, pale, hard white radishes I grew were a horrible disappointment. Worst of all was I'd been very successful and had an enormous crop which I couldn't give away fast enough! 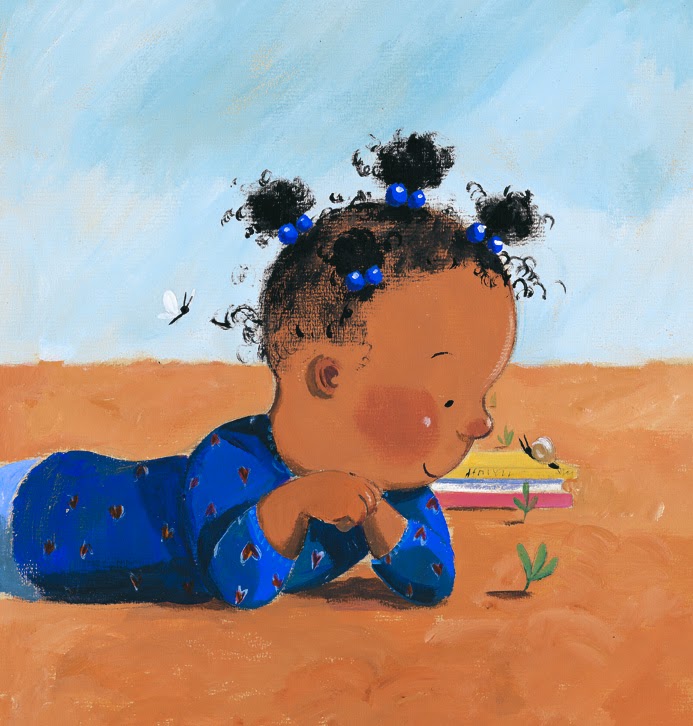 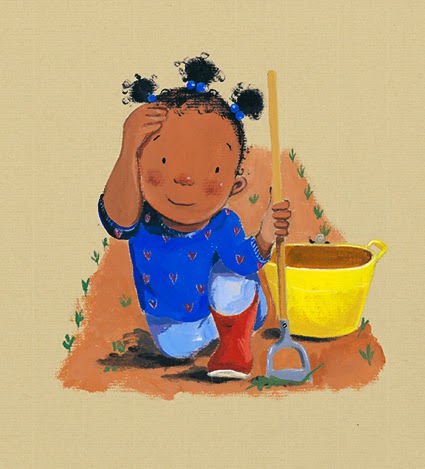 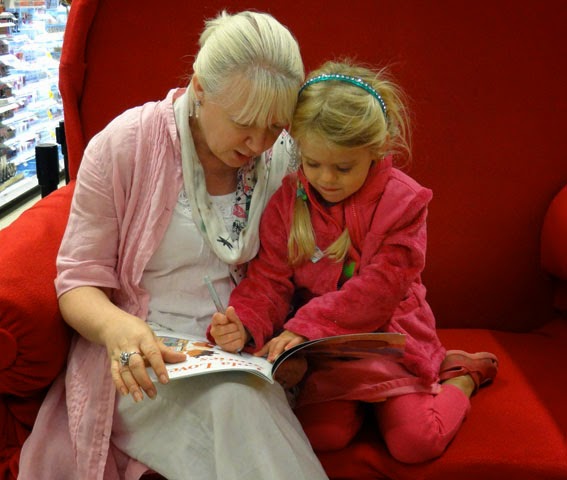 I was that mix of things – a crazy reader, soaking up information and stories but then acting them out, running about, pretending… getting muddy. I was fortunate that my parents accepted that mixed up bundle of stuff and it wasn't really until my teens when I started to run middle-distance competitively that these two sides of my personality seem a problem to other people. My running club peers were curious about my 'bookishness', seeing it as at odds with my my passion for running and some of my 'cerebral' friends thought  my love of physical exertion was just weird. (And did I mention that I was also into art and played two musical instruments). Happily, none of my friends were anything other than puzzled by my 'other' interests and I continued with them all.

But more and more I see a modern trend to channel people into a particular stream earlier and earlier (I think so they can be sold things more efficiently). The tailored advertising of the 'if you liked that author/musician/dress – you'll like this author/musician/dress' is ubiquitous. It may seem innocuous, but is a symptom of a world where we are encouraged to identify with a particular (and often narrow) set of values/ambitions and stick with them. When applied to young children, this tendency to label and contain seems to me to be kicking in earlier and earlier. I have parents of 2-year olds tell me 'he's not really into books' as if this is a fixed character trait like having brown eyes (and as if ANY trait is fixed in a 2-year old) and I see parents dress their little girls as princesses and wonder why they don't want to run and play outside.

So Lola Plants a Garden is about ALL of that… It's about a little girl who is like a little sponge, soaking up information about the world around her; acting out things from books; trying out different roles and figuring out what makes her happy and where she fits in the world…

Lola loves to sit on her mom's lap and read books together. 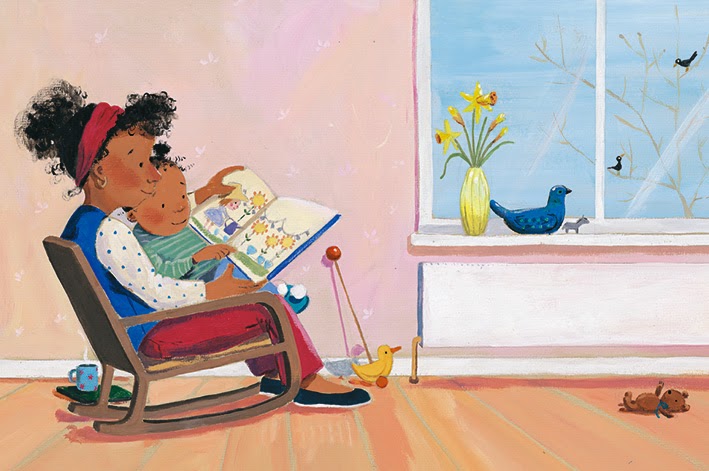 Anna McQuinn is the author of Lola at the Library and other books about book-loving Lola, as well as Leo Loves Baby Time. Her newest book--Lola Plants a Garden--will be available August 5, 2014. Visit Anna online at www.annamcquinn.com.  Illustrations by Rosalind Beardshaw. 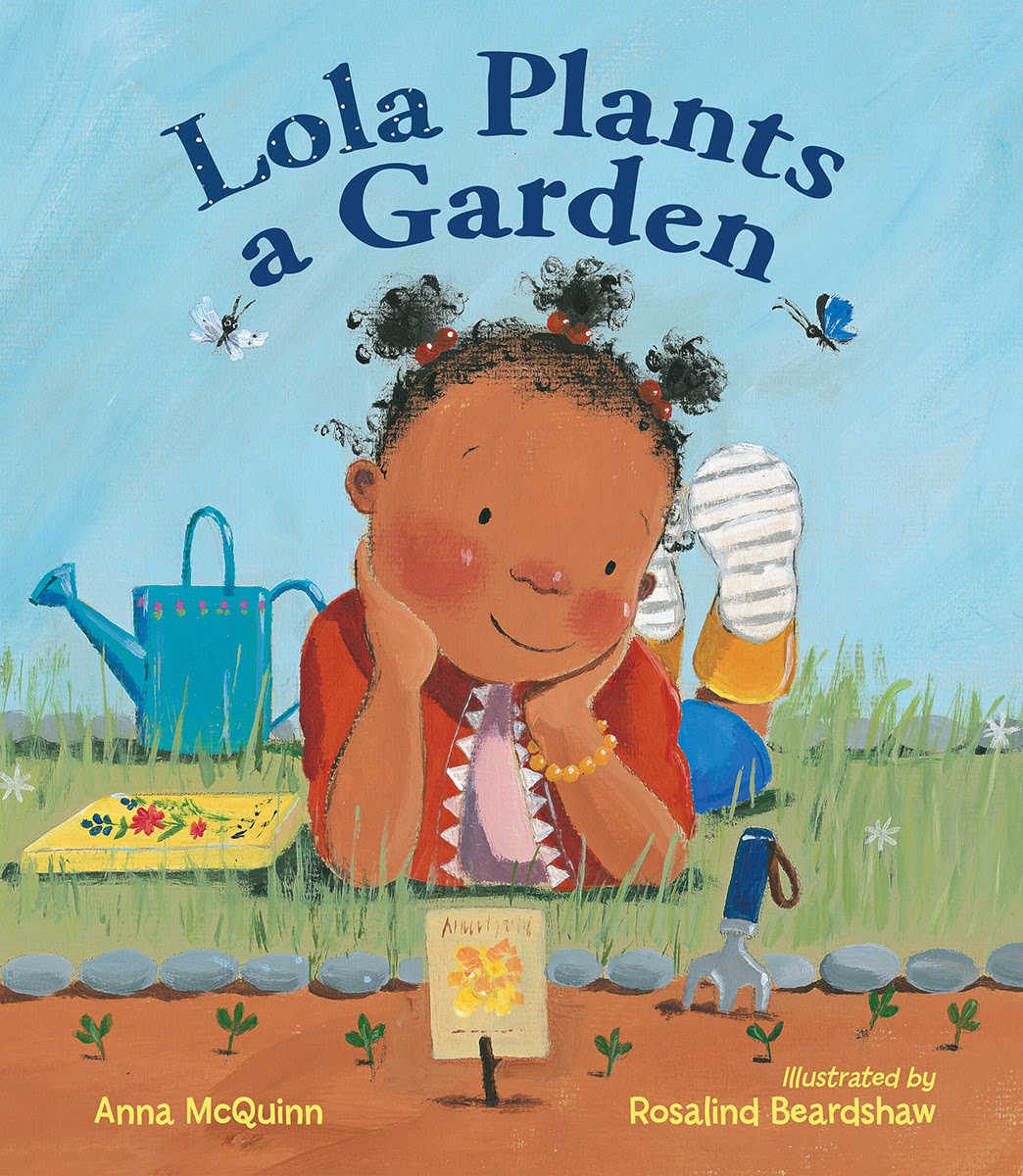