Ann: Hey, Leeza, I’ve been meaning to ask you a few questions.

A: Okay, sure. Well, my first question is: When did you decide you wanted to illustrate children’s books?

L: When I was about ten years old. There was a series published by Ladybird Books in the UK called The Garden Gang. As soon as I found out that the author Jayne Fisher was about the same age as me and was the youngest person to be published by Ladybird, I set about creating my own characters and stories. But by the time I reached twelve years old, I'd forgotten all about that and moved on to something else. I rediscovered children's book illustration in 2004 and I suddenly remembered those Garden Gang books. I decided that this was what I wanted to do now as my real job.

A: Very cool! What is your favorite children’s book? 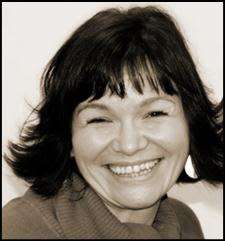 L: Gosh, there are so many. But if you really need me to narrow it down, I’d say any books by Roald Dahl, especially Fantastic Mr. Fox and Danny, Champion of the World. How about you, Ann?

A: I know what you mean about too many to choose from. I love children’s books so much that I rarely ever read adult books these days. One book that made an impression in my childhood was The Wolves of Willoughby Chase. I recently re-read it thirty-odd years later and it was like déjà vu. The style was so different from how books are written these days.

L: I know, right! Well, how about Eat Your Math Homework: Recipes for Hungry Minds? What inspired you to write the book?

A: Great question! I got this idea when I was teaching math in elementary school and I noticed that so many people were math phobic (parents, too). I wanted to combine something super fun with math and I thought about cooking. My first experiment with this was making Mathematical Gingerbread Houses in class one day.

L: Oooh, yummy! Were you good at math when you went to school in, where was that again, British Columbia, Canada?

A: Surprisingly, not really. I fell in love with math later in life, actually when I was teaching in my first school. My favorite subject in school was probably English. I read like crazy as a kid. I also enjoyed writing (duh!). What about you, Leeza? What was your math experience like?

L: I don’t remember much about math in elementary school, except learning to count in binary numbers. Honestly, I was more interested in the water/sand table in the other corner of the room. Although, perhaps that’s where I learned about mass and volume. High school was different, though. I loved math in high school! Our class had a brilliant math teacher: Ms. Mountford.

A: I love the illustrations in Eat Your Math Homework. Did you try other characters before settling on the rabbits in the book? 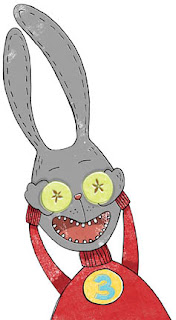 nspired to illustrate rabbits as soon as I first read the manuscript. But then I thought who’s going to want to look at a book full of rabbits so I tried human characters. It was a disaster! Nothing worked and I lost countless hours trying to draw kids making pizza. I decided to go back to the bunnies and am happy that I did. Goes to show you can trust your instincts, because they are always right. I think my instincts were those naughty bunnies trying to get out!

A: Ha, ha! I’m glad the bunnies got out! How long did it take you to complete the illustrations for the book?

L: This book has been in the making since 2008 for me. Once the sketches were approved I spent the summer of 2010 creating the final color art. Ann, did you get to see the book while it was being made?

A: Yes, I did get to see bits and pieces. The editor, Emily Mitchell at Charlesbridge, sent me pieces to edit and I also got to see some of your earlier sketches. I was so excited and I couldn’t wait to hold the actual book in my hands!

L: I know--me, too! So, what’s your favorite recipe in the book?

A: I love all kinds of food, but I think the Tessellating Two-Color Brownies taste terrific. (How’s that for some absolutely amazing alliteration?) I think the secret ingredient in the brownies makes them extra special. And, no, I’m not going to remind you what that secret ingredient is—you’ll have to go and look it up in the book!

L: Personally, I’m partial to fractions, so the Fraction Chips are my favorite recipe in the book. Outside of the book, I like to cook, but I don’t think I’m very good at it. The oh-no-food-has-exploded-all-over-the-kitchen look says it all! (Which is why I love to go out for Indian food—yummy!)

A: Okay, one last question for you, Leezy-Peezy (Couldn’t help that one!). What is the craziest thing you’ve ever done?

L: Hmm, not sure if I’ve ever really done anything that crazy. I did jump off the side of a boat once into the Mediterranean Sea on a summer vacation. It was a medium sized boat with at least two decks. It didn’t occur to me until I was midair that I could be plunging into shark-infested water, then splosh, too late! Thankfully the dark shadow that came up underneath me was just a school of pretty fish. Phew! By the way, there were lots of people having fun and jumping off the boat, so I wasn’t doing something that wasn’t allowed.

A: That is very brave (and crazy)!

L: And you? What is the craziest thing you’ve ever done?

A: Most of the crazy things I’ve done turned out to be very good ideas. For exam 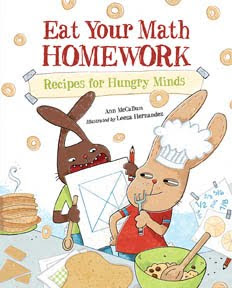 ple, once I packed up my car and drove for five solid days to move to Maryland from British Columbia, Canada. Another time, my family and I packed up to go and live in the United Arab Emirates for four years. I did go bungee-jumping from a hot-air balloon once—maybe not such a good idea. Um, then there was the time I decided to cook up this math recipe…

A: I’ll have to agree with that. Hey, I’m feeling a little hungry. Do you want to share some Chocolate Pretzel Counting Rods?

L: I’d love to. That’s a bonus recipe, though, and not in the book. Where should I get the recipe?

A: Let’s put it on our website and then everyone can try it. People can check it out at www.eatyourmathhomework.com.

A: Good one! I’ll have to remember that saying. Well, it’s been nice chatting with you, Leeza.

L: You too, Ann. Bye for now and EAT MORE MATH!

Posted by Ann McCallum and Leeza Hernandez, author and illustrator of Eat Your Math Homework.
Posted by Charlesbridge Publishing No comments: