Mel Schuit talks to seasoned Charlesbridge author Barry Wittenstein about his new book The Boo-Boos That Changed the World: A True Story About an Accidental Invention (Really!), illustrated by Chis Hsu. You can have a listen by clicking HERE. 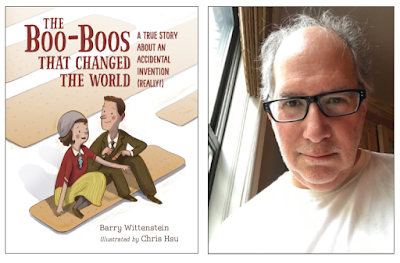 About the Book:
Earle Dickson's wife would often cut her fingers while working around the house. As the son of a doctor, Earle set out to create an easier way for her to bandage her injuries. Luckily, he worked for Johnson & Johnson as a cotton buyer. Voila! Band-Aids were born. The end.

Not really! Earle's bosses at the pharmaceutical giant weren't convinced, and it wasn't until the Boy Scouts of America tested Earle's prototype that this ubiquitous household staple was made available to the public. Soon Band-Aids were selling like hotcakes, and the rest is boo-boo history.

About the Author:
Barry Wittenstein has worked at CBS Records, CBS News, and was a web editor and writer for Major League Baseball. He is now an elementary-school substitute teacher and children's author. Barry particularly likes nonfiction, and profiling mostly unknown people and events whose stories have never been told in children’s literature. He is the author of Waiting for Pumpsie and The Boo-Boos That Changed the World. He lives in New York, New York.

Purchase this book for you and your readers here 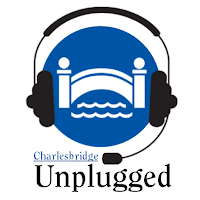