Are you ready for the 2018 Winter Olympics?? Jennifer Swanson, author of Super Gear: Nanotechnology and Sports Team Up sure is! 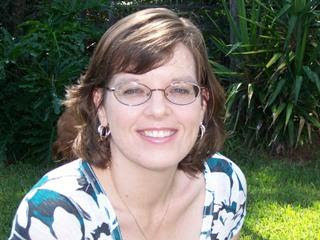 Grab your skis! Pull our your parka! And get ready for some… SPORTS! The Winter Olympics is just around the corner. Who will be watching? ME! I’m a huge sports fan (with 3 brothers hogging the TV all the time, who wouldn’t be?)! Anyway, the Olympics was always a big deal in our house. We’d sit for hours watching the bobsledding, the downhill skiing, the ski jump, the speed skaters, and of course, the figure skaters. The athletes themselves are such stars to my way of thinking. All that dedication and hard work for one shot at an event that comes around every four years. No pressure there. Right? 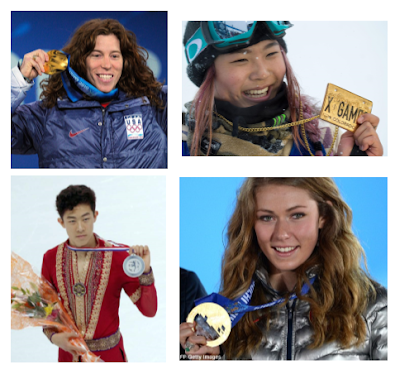 But as you sit down in your comfy chair to watch the games, do you ever think about the SCIENCE behind the games? You should! Science is all around you, and never more important than when you’re trying to win at a sporting event.

In my book, Super Gear: Nanotechnology and Sports Team Up, I discuss the physics that are so critical to sports. First, there’s DRAG. That is a force that pushes back on you as you move. Think about it. When you’re flying down the mountain on skis, the wind pushes you back. It slows you down. That is why the skiers bend over when they ski. A smaller profile causes less drag and makes you go much faster.

There’s also FRICTION, which is the resistance that one surface encounters as it moves over another. In this case, it would be the skies as they move across the snow. If the snow is light and powdery, the friction will be greater. But if the snow is smooth and even a bit icy, the skies will glide very fast over it. The more friction, the slower the speed. The less friction, the greater the speed. 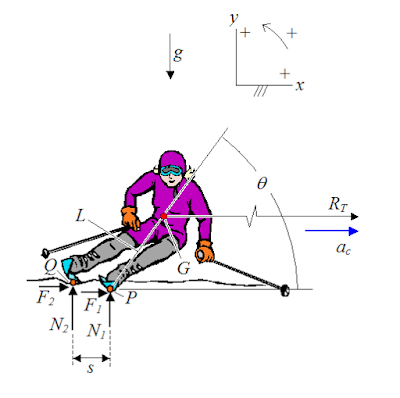 To enhance their ability, many athletes are using a cutting-edge equipment created with nanotechnology to enhance their performances in Olympic competitions. Nanotechnology is the science of the very small… microscopic even. A nanometer is nearly 100,000 times smaller than a single human hair and yet it can be used to make amazingly strong materials. That’s what the Olympic athletes are counting on—high tech equipment to aid them in their quest to win a medal. 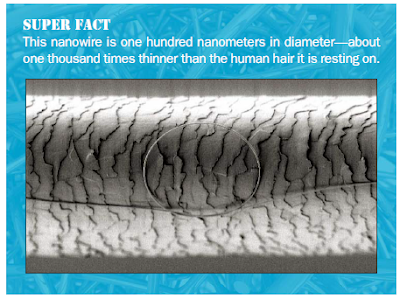 So as they are packing their skates, their competition suits, their skis and snowboards, and even their helmets, consider the technology behind the equipment the athletes will be bringing along.

Samsung Smart Suit will be worn by two Dutch speed skaters. The suit is filled with sensors which will transport data of their body position back to their coaches. Why is that important? The lower the skaters are to the ground, and the more crouched their position, the less drag they will encounter, making them skate very fast!

MIPs Helmets worn by some of the U.S. downhill skiers are built for multi-directional impact protection. In other words, they will help to cushion your head if it bounces off one of the hard hard slolam gates at top speed. Ouch! Not a bad type of protection to have.

Airbags—not just for cars. Some of the downhill skiers will be wearing vests that contain airbags (yes! Like the ones in cars… well, sort of). They carry sensors that can detect when a skier is out of control and about to crash. Then they inflate so that when you hit the ground your injury is not (hopefully) as bad. As one article implies, you may end up looking like the Hulk, but you will be safe. 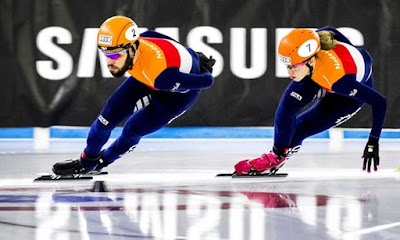 Finally, as you’re watching the Pyeongchang Winter Olympics, keep an eye out for the amazing equipment the athletes are using. Go Science! Go TEAM USA!

Watch Jennifer Swanson’s in-depth discussion about the nanotech equipment at the Olympics on the Jacksonville, Florida TV show “The Chat” from July 28, 2016:

Looking for more information SCIENCE in the Olympics? Check out some of these awesome videos here: http://www.nbclearn.com/science-of-the-olympic-winter-games. 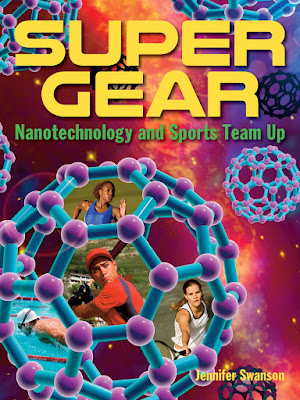