My Journey to Mars

Susan Lendroth, author of Hey-Ho, to Mars We'll Go!, illustrated by Bob Kolar, delves deep into her own fascination with space exploration and how it has affected her sense of imagination. 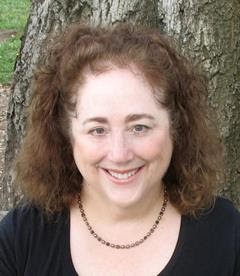 No book exists in a vacuum. Ideas often percolate for years. My new picture book Hey-Ho, to Mars We'll Go!, illustrated by Bob Kolar, is no exception.

I remember sitting on the living room floor of my childhood home, watching Neil Armstrong and Buzz Aldrin step off the Lunar Lander into moon dust. What a wild notion — people walking on the Moon! That one small step for a man was a giant leap of the imagination for young Susan.

For years I read science fiction, followed NASA's exploration program and dreamed of a day when humans would become an interplanetary species. When I was a teacher, one of my students even made me a cake labeled the S.S. Martian. 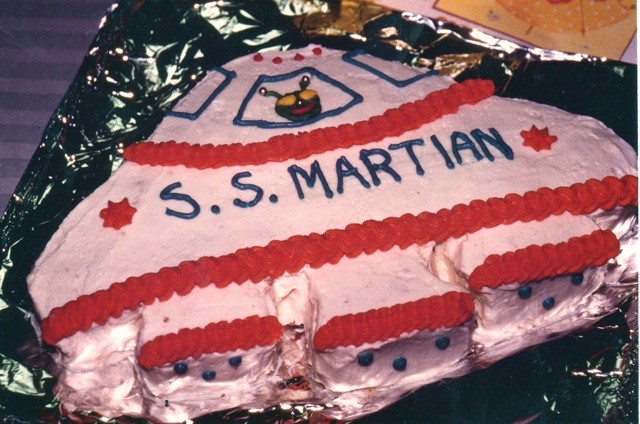 My travels often took me to space centers and science museums where I could imagine what it would be like to journey far from Earth. Parents with children as well as student groups filled those venues because the fascination for space exploration knows no age limits. 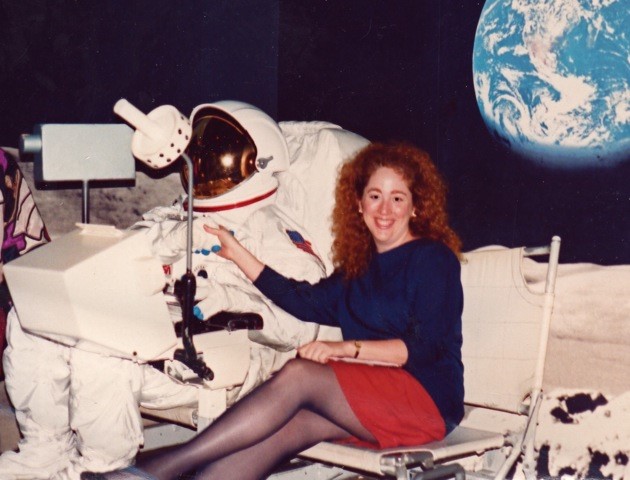 A younger me at Kennedy Space Center's Visitor Center

Naturally, I shared my interest in space with my young daughter. She met Buzz Aldrin when she was a one-year-old, listened for the twin sonic booms of the space shuttle when it landed in California and watched a LOT of Star Trek growing up. 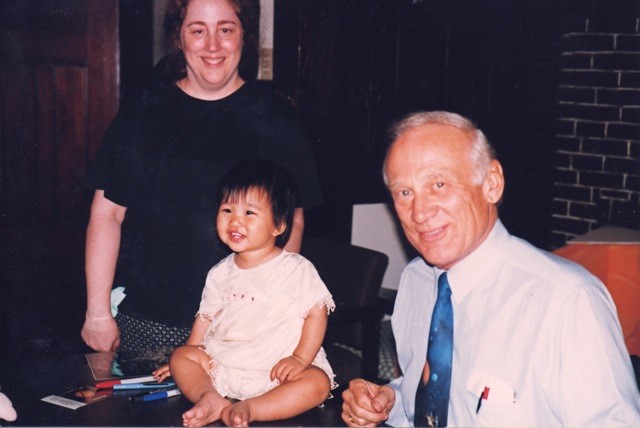 My daughter with me and Apollo 11 Astronaut Buzz Aldrin 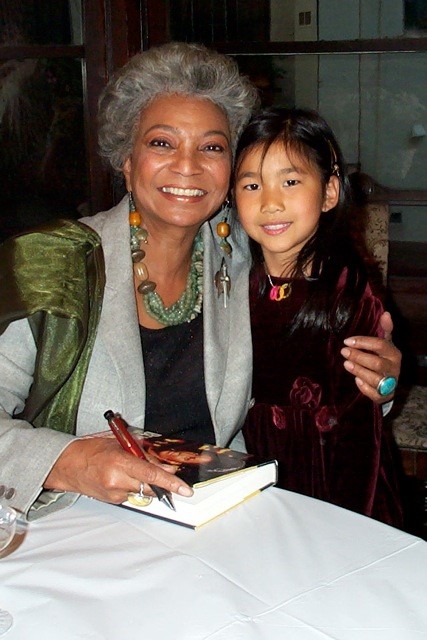 When I began writing picture books, Why Explore? was the first to be published. It posed that question throughout history, from Polynesian navigators to space explorers. Several books later, I wanted to write more about space exploration, crafting a story for young children about a journey to Mars.

Sung to “The Farmer in the Dell," each verse of Hey-Ho, to Mars We'll Go! focuses on a single aspect of the journey, making a complex subject understandable to a young audience. The cherry on top is how the editorial team at Charlesbridge made the text "float" once the spaceship reaches space. Readers must shift the book sideways and upside down while turning the pages to follow the astronauts' voyage to Mars. Remember, you can't tell up from down in gravity-free conditions! 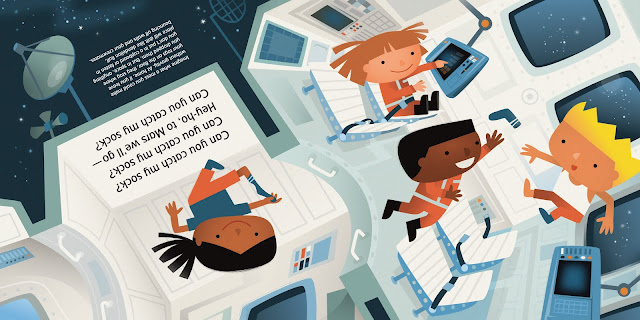 I hope my new book will instill more children with a passion for space science. After all, my daughter may not be studying for a career in aeronautics, but she still likes tagging along to space-themed events. I couldn't ask for anything more. 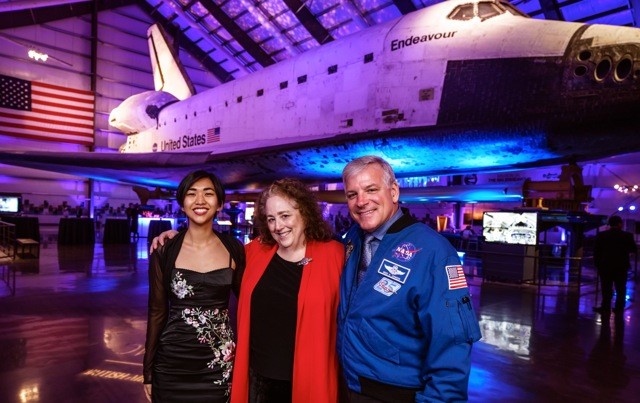 My grown daughter with me and astronaut Gregory Johnson by the Space Shuttle Endeavour. 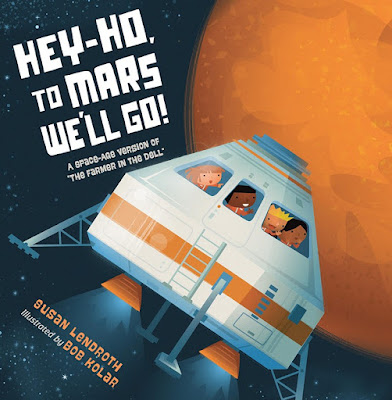