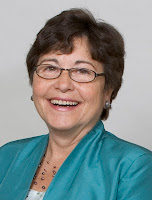 I lived for over a decade in Somerville, the next town up from Cambridge, in Boston, Massachusetts. There was no "T"--as we called the subway--in Davis Square when I moved there, and for the first couple of years I rode a bus to Harvard to catch the train to downtown Boston. I remember hiding behind a book while I studied the world around me. In each ride I could count Greeks, Irish, Polish, Portuguese, and Italians sharing with me the early morning and whatever temperature was in season. I thought I would miss that when I moved to San Francisco; not the weather, mind you, but the fact that there were restaurants, street celebrations, and friends from all over the world that gave daily meaning to the word multiculturalism.

How far from reality that thought was! What I encountered in California was equally diverse, but this time within the Latino culture. Just a few weeks ago in celebration of spring, some forty friends descended to our house and at some point we formed a circle to acknowledge friendship and humor in the passing of time. In that circle there were at least fifteen different representations of the word "Latino," not only from the country of origin but also from ethnicity, language, and cultural evolution.

Not even our friends from the same country, Mexico, have the same first language or culture. Some of the fifty indigenous languages that are still alive in Mexico have crossed the border and fortunately survive in the realm of intimate everyday life. All of us had one language in common, English, and many two, when adding Spanish. A few three, counting the regional first languages we were born in, but the great evidence was how the mix of Latinos within the Latino community have evolved. My Salvadorian friend Vicky has married José from Mexico. Victor from Honduras has married Emilia from Panama. And my Cuban friend Diana is about to get married to a Venezuelan. I could of course continue mentioning the even larger mix that I see in the third generation. Latinos are expanding their horizons, as did all other immigrants before. 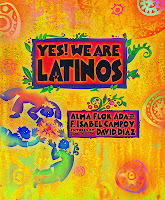 When Alma Flor proposed the idea of writing our latest book, Yes! We Are Latinos, I immediately understood the importance of a gallery of portraits that would reflect the reality that surrounds us. Co-authorship is something we have been practicing for two decades. "It doubles the thought, the passion, and the craft," we tell people who ask how does “it” work. This particular book has been both a challenge and a pleasure. Alma Flor had hundreds of students in her doctoral program at the University of San Francisco who brought their roots to class to expose, dissect, study, comprehend, and embrace the identity hidden in their names. Many were Latinos. We joined them in a project in Teotitlán del Valle, near Oaxaca, during a summer that resulted in a profound experience for all of us. The seeds of those conversations, encounters, and friendships grew in the form of words that make up Yes! We Are Latinos.

One topic that kept coming into conversations among friends and students was the need that we all felt to share the journey, to tell each other where we came from, and how that came to be. The history of our individual immigration became the question of the social and political circumstances that motivated some and forced others to leave their countries of origin to come to the United States. In the case of Alma Flor and myself, we both are first generation immigrants. Others in our circles are second, third, or too far back to remember. We realized that it was common to many of us the need to know more about each other’s history, and I agreed with Alma Flor that we needed to leave a record of all of this, to provide knowledge of the past, and a foundation for this new social group called Latinos to continue on the path towards a broader identity. In the words of the last profile in the book, our character named Román puts into words our sentiment:

And, looking at these walls inside the tower,
written by Frederico Vigil
I realize the strength of my heritage,
the contradictions of our history,
the battles won and lost
within our hearts.
We have been mixing for centuries.
Mixing our blood, and our faiths.
Mixing traditions, music, and dance.
Mixing our languages, our literatures.
Mixing us into a greater reality,
a larger identity.
One that now calls us Latino.
Yes! We are Latinos.

Posted by F. Isabel Campoy, co-author of Yes! We Are Latinos, which releases August 1, 2013.


Headed to ALA at the end of the month? Mark your calendars! On Sunday, June 30th at 1:00 PM, Isabel and Alma Flor Ada, along with author Judy Goldman and Teresa Mlawer, translator and expert on Spanish and bilingual titles, will discuss the trends and needs in the Spanish/Bilingual and Latino Interest marketplace. Click here to learn more about this special ALA Book Buzz program.
Posted by Charlesbridge Publishing No comments: