PARENT AND KIDS CAN READ TOGETHER! AN AUTHOR TRIES IT!

The blue box on the left-hand side of the Charlesbridge Publishing website, pairing an adult book, The Genius of America, with my children's book, Unite or Die: How Thirteen States Became a Nation, intrigued me. PARENTS AND KIDS CAN READ TOGETHER! Both my sons are grown, and grandchildren have not appeared yet. I don't have a real life child in my life to read with. But the idea of comparing a recent adult book on the U.S. Constitution to my own children's book appealed to me. I'm glad I tried it. Not only did I find a highly readable and enlightening text on American government, but my own purpose for writing a children's book on this topic was validated.

In addition to describing the creation of our government, Lane and Oreskes clearly explain challenges our Constitution has faced over the years. For example, Proposition 13, which allowed the 50% of Californians who voted to make a sweeping decision for the entire state on tax revenues. Direct democracy doesn't always provide a centrist approach. This is something our founding fathers understood when they wrote the Constitution.

But do all American citizens understand this? Do they understand how close the United States came to falling apart under the Articles of the Confederation? In 1787, during a blistering hot Philadelphia summer, fifty-five delegates met behind locked doors to confront a startling problem: America did not have a functioning national government. The thirteen states behaved like squabbling siblings. They fought over river rights and land boundaries. They didn't honor each other's money. When Massachusetts was faced with a rebellion, her sister states essentially said, "Sorry! Take care of it yourself!"

At Independence Hall, the founding fathers realized that a new government was essential to the future of our fledgling nation. However, the delegates were at a bitter impasse over the issue of representation in congress. Benjamin Franklin called for prayer, and George Washington looked haggard, as if he were reliving the terrible days at Valley Forge. If the delegates had not reached a compromise, it is possible that the United States of America would be an historical footnote, not the powerful country it is today.

In my book Unite or Die: How Thirteen States Became a Nation, I focus on the drama of the Constitutional Convention--the problems between teh states and the Connecticut Compromise, which convinced the delgates they could agree on a national government after all. Our form of government was built on compromise, something all American should take not 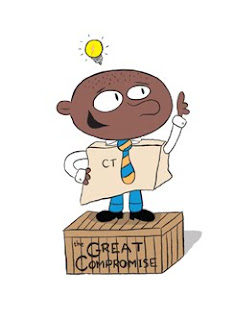 e of and celebrate.

In 1787, our founding fathers ingeniously created an entirely new form of democracy--one designed to protect minorities from majority rule and majorities from minority rule. Checks and balances between three branches of government keep any one branch from obtaining too much power. While our system is slow and often leads to frustrating stalemates, it requires that people work together to produce results. Such a government has built-in impediments against militant or fringe groups who might try to take control. In other words, the very machinery that makes governmental change so maddeningly slow preserves our freedom. Reading The Genius of America reminded me of this important fact.

Lane and Oreskes end their book with a call for more civics education. If there are flaws in our government and changes are needed, they must be made with a solid understanding of what we already have. This education needs to start with our children. Please join me in promoting Constitution Day activities on Constitution Day, September 17th and education on the creation of our uniquely American democracy throughout the year. I have compiled a list of Constitution Day lesson plans and resources on my website. I'd love to hear how you are teaching the Constitution in your homes and classrooms. And if you have ideas to add to my list, please let me know. 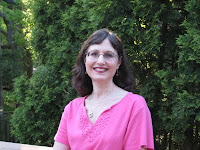 Posted by Jacqueline Jules, author of
Unite or Die: How Thirteen States Became a Nation.
Watch the video trailer of this book.
Download the Readers' Theater Guide
Posted by Charlesbridge Publishing