In less than twenty-four hours I am headed to Deutschland to share in my son's experiences with the people of Germany. Christmas markets will be all aglow with booths filled with the Christmas season. There will be music, and happy chatter, scents of cherry and chocolate filled crepes mixed with evergreen and incense, and I think I'll laugh when again no one has heard of the German tradition of the Christmas pickle, said to have descended from a world war when a soldier gave a starving prisoner his dill pickle. The prisoner and those who knew of the story were said to have hung a pickle on the tree ever since--which ascended into a glass pickle ornament and a child's Christmas morning game. When my son asked about the tradition, multiple folks in Germany laughed. "Americans hang pickles on their Christmas tree?" 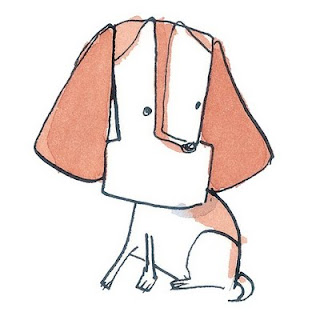 Meanwhile amid all this festive fun, I feel Aggie's cold nose against my brain wondering what trouble she wants to get into now. I am Aggie smitten. The only dog I ever owned was a collie pup. I was quite young ,we lived in a small Syracuse, New York, apartment where dogs couldn't stay, and Lad became my aunt's dog. I never knew I had a love for dogs until I met Aggie. Then I was dog gone.

My bishop had a dog, a big floppy golden lab. This was Aggie. When I first saw Aggie, she lazed in the summer sun on the back patio of the beach house. We'd brought young single adults from church to their beach house for a day of BBQ and boating. As skis, tubes, and kids were loaded into two boats, our bishop's sweet wife brought bread outside for my young daughter. Ducks waded nearby in the shallows.

Jennifer tore and tossed bread into the lake, and Aggie's head lifted. She picked up her floppy body and bounded toward us. Aggie took a giant leap into the lake right on top of the bread. SPLASH! Ducks squawked flapping for the skies, bread sank to the depths below, and Aggie doggie paddled back with the smirkiest doggie grin. 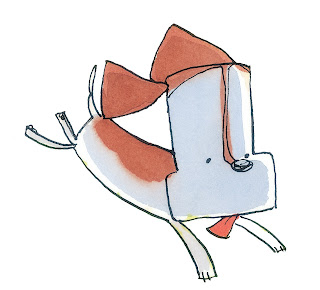 Instantly she came right to where we were standing, shook her self off, as if her splash wasn't wet enough, and then she went right back to her sun heated cemenet bed and flopped down. I was drawn to this funny dog. I half felt she knew exactly what she was doing. A-G-G-I-E spelled trouble.

Though new to the writing world, I knew she was my character, I just knew it. An excited energy filled me when I simply thought of her. My heart would get all happy, jumpy, and my mind would want to play. I loved this character. I interviewed my owner friends again and again. The more I learned about Aggie, the more she cracked me up. Then , I started to hear Ben. (He actually began as an imaginary young Tony McCasline.) I fell hard for dogs and found myself at the pet store with my children taking pups out of cages just to play. Then, one day I took the kids, and there was a beautiful baby girl husky pup with sky blue eyes. We ran home and dragged in dad. He got the pupster out to play. We all fell in love with a husky and she didn't go back. Daily doggie adventures of garbage, mud, digging and squirrels became stories.

Much to my joy and surprise, Aggie became real through Charlesbridge. Stories grew and continue to grow from a fraction of truth mixed with a bunch of imagination. Aggie Tales continue to come and she still cracks me up as I write. The seed of Aggie is gone now, but it's so sweet to know where she came from, and to have my own puppy adventures. Once Nikita stole a whole chicken off the counter, cooling for dinner. As she ran from me, she ate the entire thing--carcass and all--in a matter of moments. I called the vet with bone concerns and he asked what kind of dog I had. "Husky, " I replied. Then he laughed. "That's what they do in the wild!" Nikita has me dog gone as Aggie stories continue.

By spring 2011, Aggie will have four books--Aggie and Ben, Good Dog, Aggie, Aggie the Brave, and Aggie Gets Lost. Aggie is every kid's dog, pulled from the adventures of everyday life. Through Aggie, I learned to love dogs and the magic.


Posted by Lori Ries, author of the Aggie and Ben series, Super Sam, and Fix It, Sam.