A Flight of Serendipity 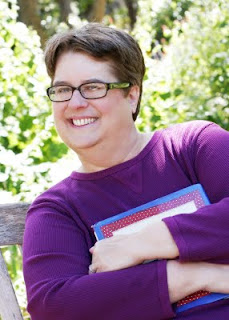 When I told my parents that I was getting a degree in anthropology I might as well have told them I planned to either remain a student for another ten years or be unemployable. About the only thing you can do with a bachelor's degree in anthropology is to get a master's and doctorate in anthropology. Thankfully for me it proved to be an excellent foundation for becoming a librarian. I always tell people that thanks to that anthropology degree, I know a little bit about everything and not much about anything!

A number of years ago I met Adrienne Yorinks. She was touring for the book, Stand for Children by Marian Wright Edelman and came to Austin. After a delightful shopping spree for fabric, we became friends. Over the years we talked about doing a book together but never really came up with a good idea. I did help Adrienne with Quilt of States, a book about how America pieced itself together as a nation but that was her book. We wanted to find a topic that would truly be ours. We both love animals and we talked about fish (after a visit to the National Aquarium in Baltimore) and primates, but neither really hit home for us.

Then one September weekend my husband and I took a short vacation to Rockport, Texas. This charming coastal community happens to be directly in the path of the spectacular fall migration of the ruby-throated hummingbird. As the birds get ready to leave North America and head to their wintering grounds in Mexico and Central America, a lot of them pass through the Gulf Coast area. Once they leave Texas and Louisiana, many hummers fly 500 miles non-stop across the gulf, although some take the inland route, finding food along the way. Because Rockport is directly in the migratory route, tens of thousands of hummingbirds can be seen in the area. When I walked out of the hotel that weekend I felt like I was experiencing a hummingbird flash mob! They were literally flying around me like flies. [Click here to see a video] 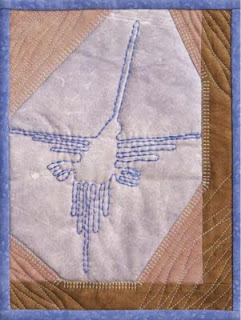 spired by their beauty, I recalled that many of the cultures I had studied about in my anthropology classes have stories about hummingbirds. I remembered seeing hummingbird images on Navajo pottery and the hummingbird katchina of the Hopi. I also remembered that one of the Nazca lines carved into the plains of Peru was of a hummingbird and that I had seen hummingbird petroglyphs incised into rocks in New Mexico and Arizona. Clearly these birds were inspiring to many people! So I started to do some research and thought about combining facts with cultural tales. As I soon discovered, hummingbirds are only found in the Americas (although there is some fossil evidence that they existed in Europe 30 million years ago). Loving a challenge, I sought out folk tales and stories from a variety of cultures. I wanted to be able to include stories from cultures from the same range as the hummingbirds--from Alaska to Tierra del Fuego. Being a librarian I did a lot of research and found that many of the same stories, or similar stories, appear in many cultures. So I read and listened to as many versions as I could and then retold them in my own way. I love the way the book turned out. Adrienne's beautiful fabric art so perfectly reflects the amazing features of the hummingbird but I especially love how she illustrated the folktales.

So the serendipity in this journey? If I hadn't studied 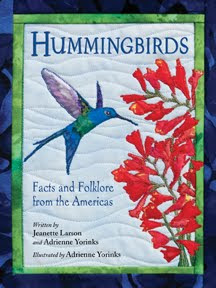 anthropology I probably wouldn't have become a librarian and I would not have met Adrienne and we wouldn't have decided to work together on a book that developed out of a chance meeting and a spur-of-the-moment vacation. I'm delighted that it all worked out! And another bit of serendipity--this blog posting is going up just in time for National Hummingbird Day (the first Saturday in September).