Are you ready for Snow School? 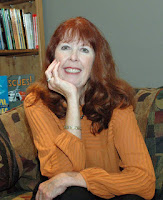 My new book Snow School was inspired by my love of cats, especially wild cats. There are none more fascinating than snow leopards. These wild cats are so rare there are believed to be as few as 3,500 left in the entire world. 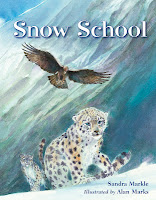 As always, when I want to learn more about a wild animal I go exploring. That’s how I came to spend a winter in Antarctica, the experience that inspired me to write A Mother’s Journey, a story about what female emperor penguins do while the males hatch out the eggs.

Sometimes, though, I just can’t get to the places I need to go to explore firsthand. Then I track down experts who have been able to go to those places and studied the wild animals I want to write about. That was the case with Snow School. I had the pleasure of interviewing Dr. Tom McCarthy who has spent many years climbing the high, rugged mountains of Pakistan in order to learn about the life and behavior of snow leopards. 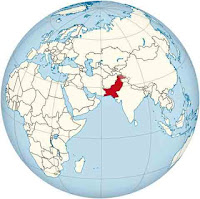 To see where snow leopards live and where the story of Snow School takes place, go online to find out about Pakistan (in red on the globe to the left). Also search for information about the Hindu Kush Mountains, the setting for the story. This habitat is one of the harshest on earth and requires the cats to be able to chase fast prey downhill over very rocky terrain.

Even during his many years studying snow leopards Dr. McCarthy shared that he only had a chance to watch a few downhill chases as snow leopards caught prey. He said, “Once, I was lucky enough to see a mother have two cubs with her while she hunted.”

Dr. McCarthy guessed these cubs were in training. Snow leopard cubs spend two years with their mothers learning to survive on their own. That inspired me to wonder what lessons snow leopard cubs need to learn in order to be successful in the extreme conditions of their home habitat.

For one thing, as soon as they’re big enough, snow leopard cubs travel with their mother. That way they get a close look at the features of their environment. And they learn the shortest, safest routes to take.


To get a feel for what the snow leopard cubs are learning, go to your local park or playground with a parent or adult partner. Take along a pencil and a notepad. Draw a map of the area. Use symbols to mark any key landmarks, like fountains or statues, big trees, or benches. Next, study the map with your partner and plan the fastest, safest path to use to travel across the mapped area. Then use a watch to time how long it takes you to run across the area following your chosen path. Afterwards, revisit the map and decide if another way might be easier and safer. Time test your new route.


The snow leopard’s habitat is really a high desert with very steep terrain. When these cats hunt, they have to chase down prey animals, like ibex, capable of running down steep, rocky slopes without falling. And they have to pounce at just the right moment to stop their prey without going over a cliff.

Snow leopards do have some natural built-in advantages. One is a very long tail. Dr. McCarthy reports that a snow leopard’s tail is all muscle and that it’s heavy. He said, “It must even be heavy for the snow leopard.  In snow, I’d see a mark where a cat would start to drag its tail after every two or three steps. So holding up its long tail must be tiring.”

Having such a long tail is worth the effort, though, when the snow leopard starts to run. It swings its tail back and forth and that helps it stay balanced while twisting and turning. To get a feel for how its tail helps a snow leopard stay balanced, try this: stand on one foot with your hands at your sides. Then repeat standing on one foot, but this time stretch out your arms and move them forward and backward.


Snow leopards also have big feet that act like snowshoes, helping them walk on top of fluffy snow. In fact, Dr. McCarthy reported a snow leopard’s feet leave very round footprints because their feet are about as wide as they are long (about four to five inches in both directions.) Measure the length and width of one of your feet. How much longer is your foot that it is wide? And, just for fun, figure out how much longer your foot is than a snow leopard’s.


These cats also have a lot of fur around their toes and the pads of their feet to shield them from the ice and snow. Like housecats, snow leopards have retractable claws. They put these out to help them climb and to stop themselves from skidding.

Dr. McCarthy reported that once a snow leopard catches prey it needs a safe place to eat—safer than on a steep mountainside. Dr. McCarthy said, “I’ve watched a snow leopard drag a big goat that weighs as much, if not slightly more, than the cat does. And it dragged its prey uphill.”

Imagine pulling something that weighs as much as you do. Now, imagine doing it the way a snow leopard does. This cat bites to grab its prey. Then it drags this weight between its legs. This is another behavior snow leopard cubs learn by being copycats, doing what their mother does.

From an early age, the cubs learn the smell of what’s good to hunt because their mother brings home prey. See if you’ve learned to identify your food by its scent. Have an adult partner blindfold you. Then have your partner hold each of the following five food items, one at a time, under your nose for you to sniff.  Test your scent IQ on the following: peanut butter, orange juice, mustard, cheese, and ketchup.


You might be surprised to learn that snow leopards usually only get a chance to catch big prey about once a week. So when it is successful, the cat is likely to stay by its prey and eat as much as 25 pounds of meat a day for two to three days. How much is that? Weigh a plate.  Then put the food you’re going to eat for dinner on that plate and weigh it again. Subtract the weight of the plate to see how much your meal weighs. How many of those meals would you have to eat to equal what a snow leopard eats when food is available?

Can you guess what snow leopards do after such big meals? You’re right! They sleep.  Like lions, tigers, and housecats, snow leopards sleep most of the day to save their energy for hunting.

I hope you enjoy reading Snow School. For more activities and to explore more of my books visit my blog Write On! Sandra Markle.