Start Me Up: Debut Authors & Illustrators at Charlesbridge

Working with debut authors and illustrators has been a core part of Charlesbridge’s trade program since it began almost thirty years ago. We believe it’s important to find new talent with stories to share and to get those books into the market and into kids’ hands. As publishing has changed over the years, access to editors and publishers has narrowed. At the same time, the number of people who want to write for kids has grown exponentially, and new authors and illustrators have often found it challenging to break in. Over time, Charlesbridge editors have remained dedicated to helping launch author careers, and our design team often focuses on offering opportunities to illustrators new to children’s books. Here are some recent debut creators who we just love. Check out their books! 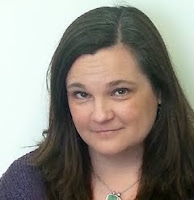 Traci Sorell, author of We Are Grateful: Otsaliheliga, illustrated by Frané Lessac (available 9/4/18) 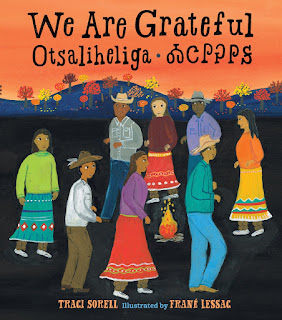 Traci’s wonderful nonfiction picture book takes the reader through a full year in a Cherokee family’s life and presents the notion of gratitude—being grateful—through all four seasons. The book includes Cherokee words and the Cherokee syllabary. Illustrated by Frané Lessac, the book is brightly colored and has a folk-art quality.

Traci sent the manuscript to our general submissions before she was agented. It was pulled from the “slush pile” because it was so well written and structured, and we jumped on it right away, emailing her to ensure it was still available. While an editor at a different house was also interested, we made an offer quickly and lucky for us, Traci came on board. Traci’s varied career experience, her thoughtful consideration about how to portray her characters, and her careful eye while looking at artwork rival those of a more seasoned author.

We have another book coming from Traci soon, and she’s sold manuscripts to other publishers as well. Traci has a long children’s-book career in front of her, and we’re so pleased to have worked with her from the beginning. 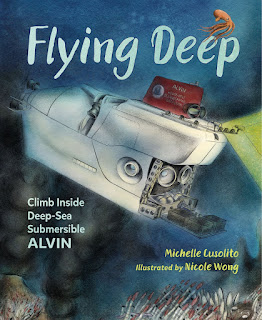 Michelle won the PEN New England Susan P. Bloom Children’s Book Discovery Award in 2016 for her manuscript about the amazing vehicle that can dive almost three miles down into the ocean. (ALVIN helped find the Titanic!) She’d already submitted the manuscript to us when she found out she’d won the honor, and we’d moved quickly on signing it up in order to be the first to bring Michelle’s work into the market. She’s a dynamic speaker, a rigorous researcher, and a talented writer.

What really sets Michelle’s work apart is the lengths she goes to research her subject and the relationships she builds with experts. Bruce Strickrott, the manager of the ALVIN group (and an ALVIN pilot), was integral to ensuring that everything in the book—from text to illustrations to facts to insinuations—is correct. And he’s appeared with Michelle at promotional events, too! Cold calling people and asking them to answer questions about your writing can be nerve wracking, but Michelle has become a mentor to aspiring writers in terms of how to build relationships. We can’t wait to find another project to work on with Michelle!

Chris Hsu, illustrator of The Boo-Boos That Changed the World: A True Story About an Accidental Invention (Really!) by Barry Wittenstein (available now) 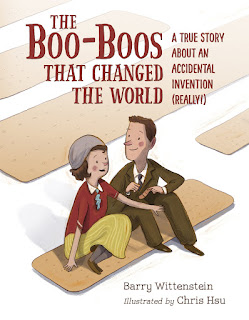 Chris’s work had been on our radar for a while, and we’d been looking for a project for him. When we offered him the opportunity to illustrate author Barry Wittenstein’s picture book about how the Band-Aid was invented, he jumped at the chance. Chris is a background artist on Archer, an animated show for adults on FX, and he’d been wanting to try picture books.

Chris is a dream to work with—he’s thoughtful and deadline-oriented. He is also full of surprises with his art. He hid lots of Easter eggs (in the pop-culture sense of the word: intentional hidden messages or secret features) in Boo-Boos. On the spread set in a park, the couple tending to the crying child is based on one of his favorite John Singer Sargent portraits—Mr. and Mrs. I. N. Phelps Stokes, which Chris first saw at the MET in 2006 and has loved ever since. The park itself if a combination of Boston Public Garden and Arnold Arboretum in Jamaica Plain, MA, places that Chris and his wife used to visit often. The storefront in the city scene is modeled after the storefront in Edward Hopper’s 1927 painting Drug Store which Chris often saw at the MFA in Boston. The spread with the WWII soldiers was inspired by Augustus Saint-Gaudens’s Shaw Memorial—the bronze monument of Robert Gould Shaw and the Massachusetts 54th Regiment across from the Massachusetts State House in Boston. Chris used Saint-Guadens’s technique of creating the illusion of more soldiers simply by repeating rifles in the air. (Fun fact: Chris and his wife have visited all three casts of this memorial: at the MA State House, at the National Gallery of Art in Washington, DC, and a bronze recast at the Saint Guadens National Historic Site in tiny Cornish, New Hampshire. Chris takes his art seriously!) And finally, the composition for the suburban street was inspired by a Manet painting called Rue Mosnier that Chris always liked. Chris also used a splatter painting that his daughter did when she was two as a faint background texture on some of the spreads, so someday she’ll find out he helped make the book!

Chris is hard at work on the art for a second picture book with us, a poetry book collected/edited by Lee Bennett Hopkins called I Am Someone Else: Poems About Pretending. We hope he’ll work with us for a long time to come! 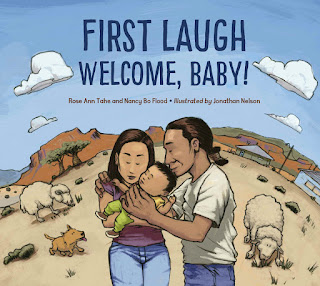 We were in search of a Navajo illustrator for this heartwarming story about trying to make a baby laugh for the first time—an important moment in Navajo families. (We wanted another Navajo creator for the book, and we also wanted to bring more Native voices into publishing.) One day, author Nancy Bo Flood, who lived and worked on the Navajo Nation for fifteen years, emailed to alert us about an artist who she’d met at an arts fair in Colorado. She really liked his sheep character, and we had a look. We approached Johnny and asked if he’d ever considered illustrating picture books. We were thrilled when he said yes.

Johnny’s debut book is actually his self-published The Wool of Jonesy, which won an American Indian Library Association middle-grade honor book award this year. But we’re including him in this blogpost because his first trade-published picture book is First Laugh—Welcome Baby, for which he created a family who lives and works in varied locations and across cultures. His characters leap off the page, and his warm palette creates a homeyness just right for this book.

Once the art for his first book was done, we got right on the phone with Johnny to find out what else he wanted to do, and shortly after that we signed him up for Hey, Dog by Tony Johnston, due out in Summer 2019. We hope Johnny will keep making books with us in the future. 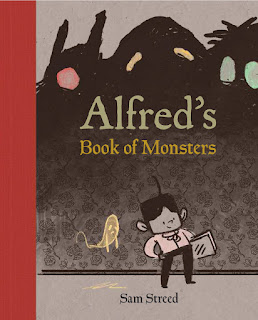 In 2016, Charlesbridge Associate Publisher Yolanda Scott and Creative Director Susan Sherman evaluated final projects in the illustration class at Rhode Island School of Design (RISD) and came away wowed by Sam Streed’s senior project—a picture book about a Victorian boy who dreads tea time with his crusty old aunt but is fascinated by the monsters he reads about in a book. (Sam says the monsters are derived from traditional English folklore—very cool!) Yolanda jumped at the chance to make an offer on the book, and Charlesbridge can’t wait to bring his debut project to the market.

Sam is deeply thoughtful about his work. We’ve had creative and lively discussions about typeface, page designs, paper color, and the function of borders—just to name a few topics! We love how Sam’s work is playful and spooky at the same time. Sam’s also works as a 3D visual artist for Wayfair, where he further hones his creative abilities.

Keep an eye out for Alfred and his book of monsters, creeping into stores in time for Halloween next year. Given how much we love his debut book, we can’t wait to see what’s next!
Posted by Mel Schuit

What a wonderful look at your new authors and illustrators. The descriptions entice me to "open that cover" and begin looking and reading. Thank you for including Jonathan Nelson and "First Laugh, Welcome Baby."

Thank you, Karen, for your commitment to debut author illustrators. This post is full of gems about what Charlesbridge enjoys about working with those who are brand new and if you happen to be new, how to contribute. Marty Lapointe-Malchik

Thanks, Nancy and Marty, for your lovely comments!

Thank you, for introducing me to many debut authors and illustrators, Karen. As a writer *under construction,* this post reminds me to have hope. I appreciate the words of encouragement as I continue to research editors that are the best fit for my stories.

I've read the story about Alvin in Michelle Cusolito's amazing book, FLYING DEEP. The colorful, detailed illustrations by Nicole Wong add so much to support the story line. I requested THE BOO-BOOS THAT CHANGED THE WORLD from our library system and I look forward to reading the others when they make their debut.

Hi, Sue! I'm glad you liked the post. I hope you enjoy the books! Best, Karen

The books sound great. I loved the title: THE BOO-BOOS THAT CHANGED THE WORLD. I will definitely have to check that one out for my own enlightenment.

I love that title, too, Marta. Enjoy the book once you get it! Best, Karen