The Words That Connect Us

Words have always been my friend. From the earliest days of my childhood, when I was delighted by tales of fairies, princesses and pokey puppies, through my grade school years when I crafted my very own books out of construction paper and crayon, they have been there. In middle school, the words I penned were filled with emotion and wonder, and they sustained me through the harrowing teen years.

I wrote my first novel inside my 8th grade wood shop notebook. On the first page of my notebook, you can still see where I took notes on how to use a T-square ruler. After that, my words—pages and pages of them—have nothing to do with 8th grade wood shop (belated apologies to Mr. Kennedy.) The novel I wrote in it, well, it was a little too similar to a book I’d just read. But it was a start, a leap actually, because for the first time ever, I’d written something longer than five pages. Remarkably, it had a beginning, a middle and an end that actually (sort of) made sense. 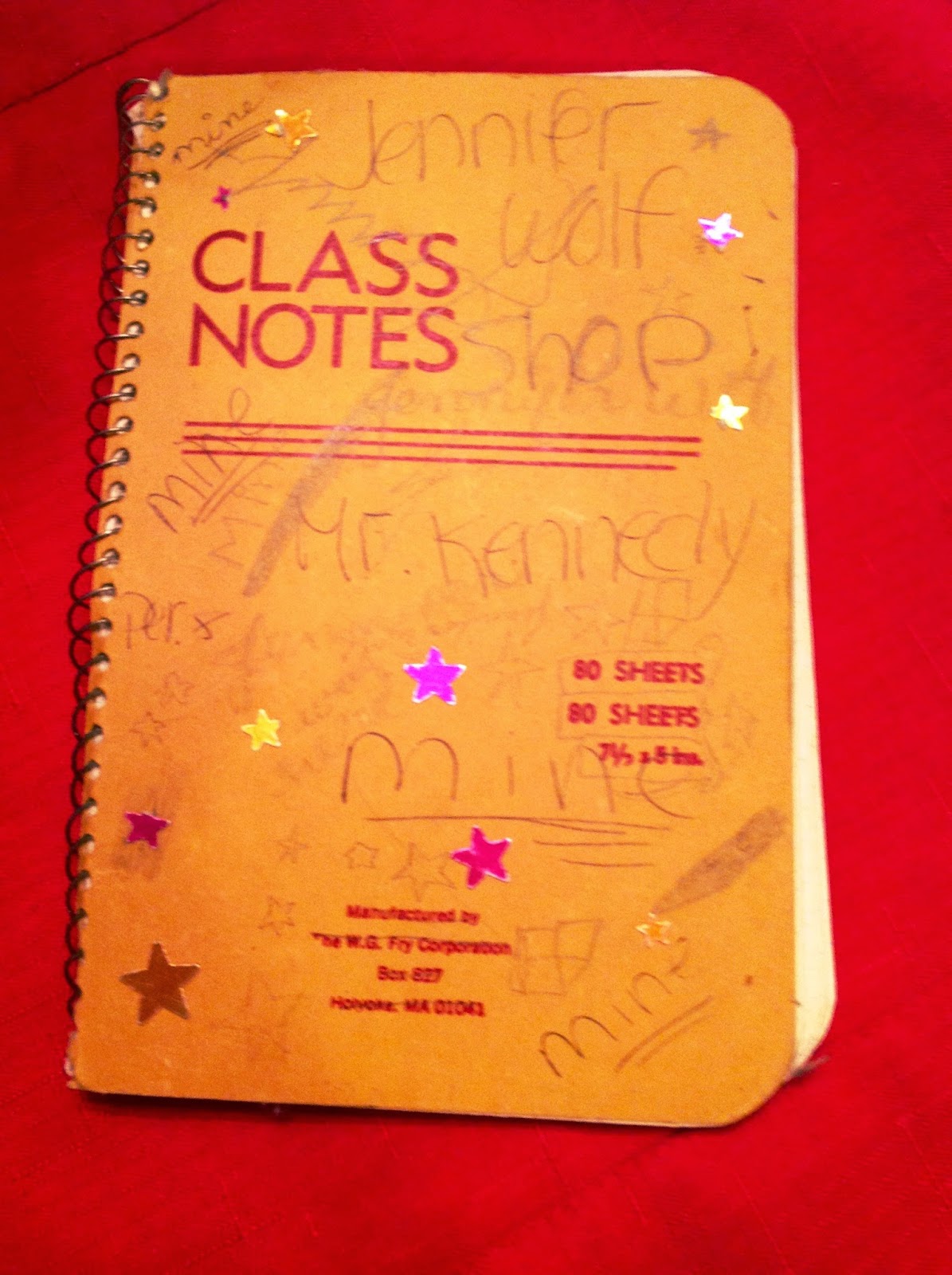 The wood shop notebook novel was messy, and in the days before most of us used computers, filled with scratch-outs and scribbles and words formed in different-colored inks. I’d drawn hearts and stars all over the front of the notebook (my first cover art?) but it was mine. And the truth is, I’d needed to write it. For years I had carried stories inside of me. I’d bottled up feelings, observations, and other worlds. I was full to bursting and finally, now, it could all be set free on the page.

I shared that first novel with very few people. My writing was for me, a private thing, a sanctuary. I wrote another book afterwards, and then another after that, gradually stacking notebooks of my words inside my desk. For the rest of high school, I wrote and played and experimented with words and formats.

Writing was not simply fun, it was a need, in fact, a joy. Eventually, as an adult, I was ready to share my stories with a larger audience. Perhaps, even (gasp!) publish a book.
I spent hours, weeks, months at my laptop, writing and revising, creating and imagining, dipping a little too deeply into a nearby stash of chocolate. I joined critique groups, attended conferences and earned my MFA in Writing from Vermont College of Fine Arts. But it would be years, I mean yeeears, before my efforts led to a book contract.

Then, one day, I received the exciting news that I’d won the Children’s Book of the Year Award from the National Association of Elementary School Principals and that my debut teen novel, DEVIN RHODES IS DEAD, would be published by the fabulous Charlesbridge.

Which is how I found myself, last month, standing in front of a class of creative writing students at John Bowne High School in Flushing, New York. My visit was part of the New York City Adopt-a-School program, which pairs authors with public schools as a means of encouraging and celebrating literacy and a love of books. The first students I spoke with were seniors, already wise and intuitive, thoughtful and oh, so very smart. And for a moment, looking around the room, I was back there with them—a student, young, passionate about writing, filled with words. So, in a way, I felt I knew them. I knew what it was like to want—no—to need to write. To put my stories down, whether or not anyone else ever read them.

I spoke to them about my experiences, my writing life. About my construction paper and crayon creations. I told them about my wood shop notebook and the other notebooks that followed. I described the many hours and years of work I’d put into developing my writing. And we talked a lot about rejection. 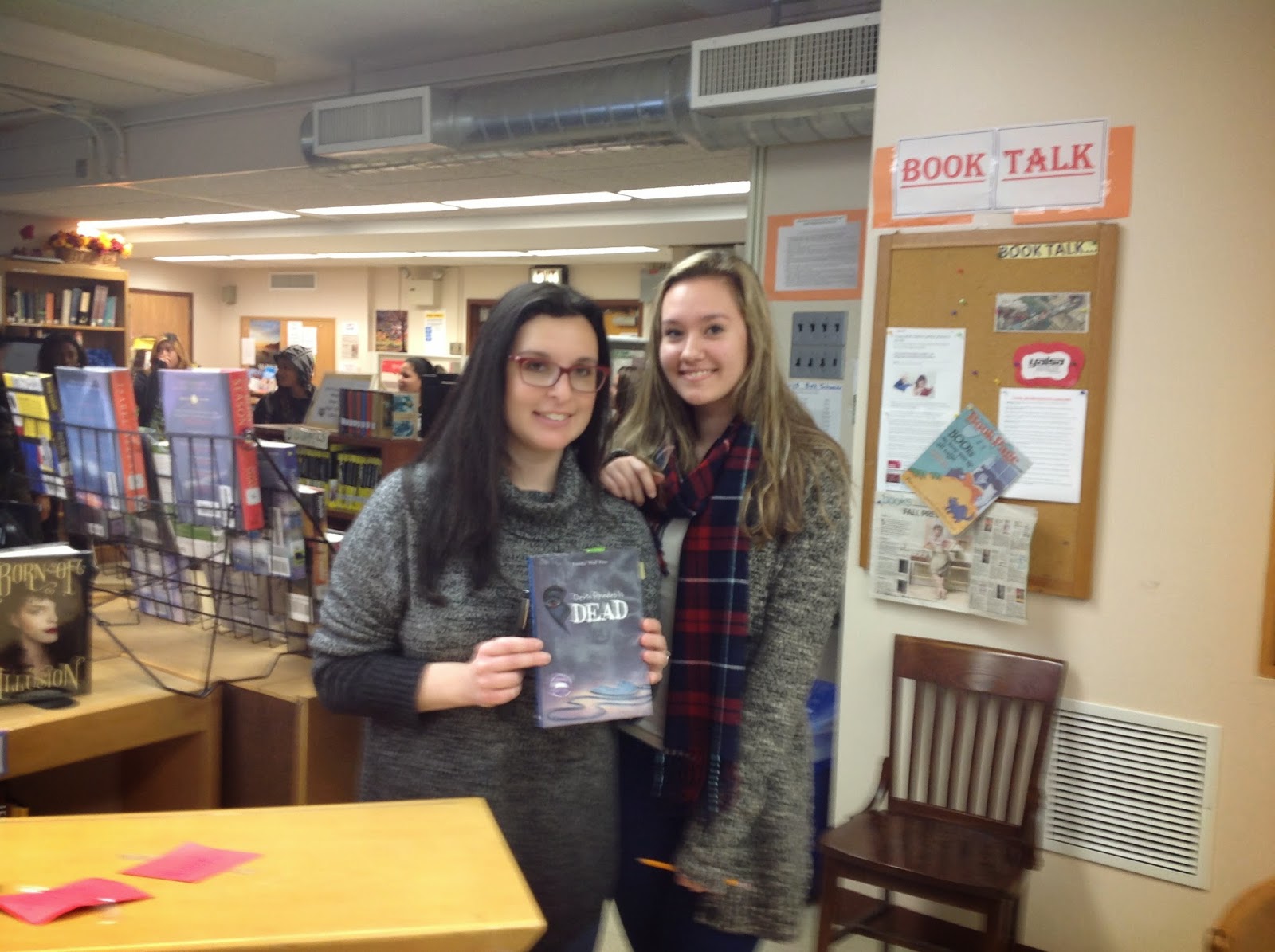 They listened and they responded. Their responses were insightful and sharp. They understood that, as writers, perhaps they hadn’t chosen the easiest path. I wanted to tell them not to worry, that everything would work out, even though I know that life sometimes has other plans. I wanted to, because, I think that, although there are no promises, things have a way of working out when least expected. So, we discussed perseverance and grit and never giving up on something if it’s what you love—no matter what the world tells you. The world isn’t always right, after all. But your heart usually is. 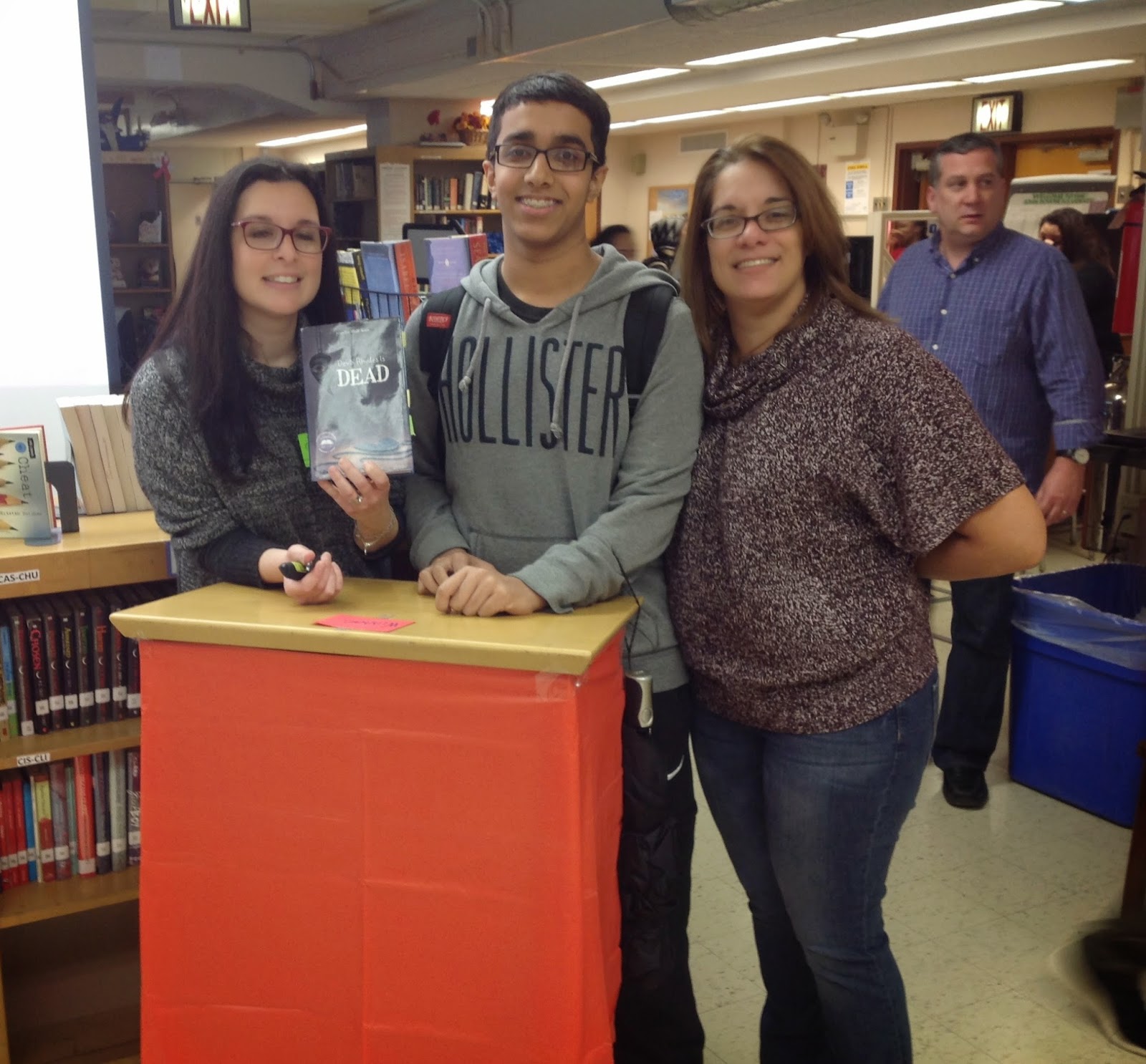 I spoke to two more groups that day and the students impressed me with their self-awareness, confidence and energy. Each time, I was transported just a bit further, back to that place where it all began for me. Where I first found the courage to write down my words, to persevere despite everything. It was an amazing thing, I thought, that I had been invited, I imagine, to inspire these students, when so clearly, they had inspired me.

They are brave and have so much ahead of them. And one day soon, I hope, their words, whatever they are, will make their way into the world…which would be most fortunate for us all.