Poppy's Best Drawings, or How Poppy Came to Life!

Illustrator Rosalinde Bonnet has been illustrating the whimsical world of Poppy for a few years now, so with the release of Poppy's Best Babies last week, we convinced Rosalinde to stop by and talk about her process! 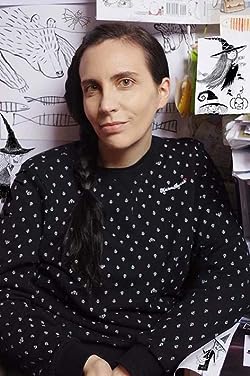 When I received the manuscript, the first thing I did was to read it several times while doodling everything that popped into my head (and laughing out loud!). 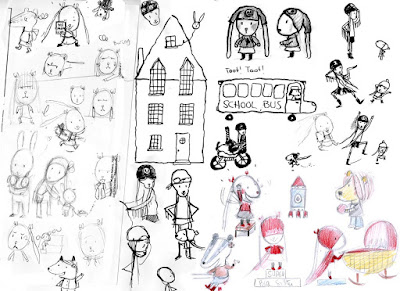 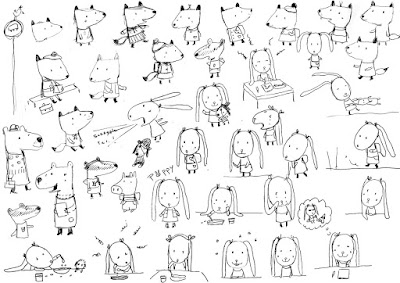 At this stage when I work on a picture book, I usually do character designs. In this sequel of Poppy’s Best Paper, there were three new characters: the baby twins and GeeGee, Poppy’s Grandmother. The twins were easy to design, as they are a mix of Papa and Mama. GeeGee came easily too. In my opinion, Poppy and GeeGee have a particularly strong tie because they share the same kind of big personality: energetic, rebel, creative and whimsical. So I immediately saw GeeGee as a hard rocker, a kind of pirate for Poppy. 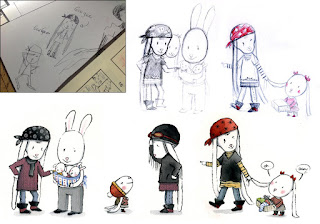 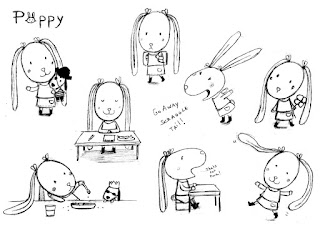 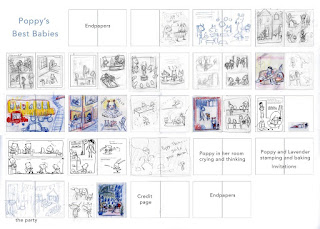 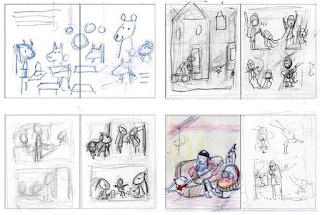 When I determined what worked best, I did more detailed sketches at full-scale with text. 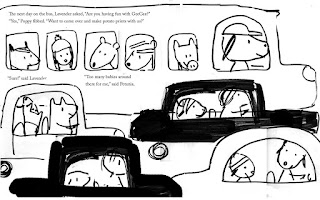 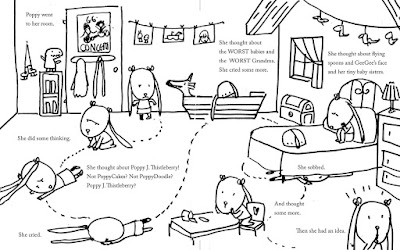 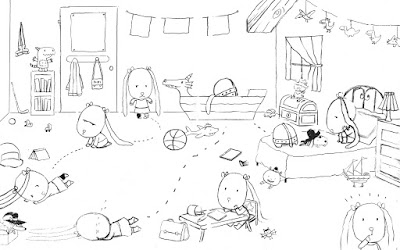 Once all the sketches were approved by the team, I went on to the final art. For Poppy’s series, I wanted the illustrations to look a bit vintage. So I used a specific technic. After doing and inking the final drawings, I rubbed down them with sandpaper. 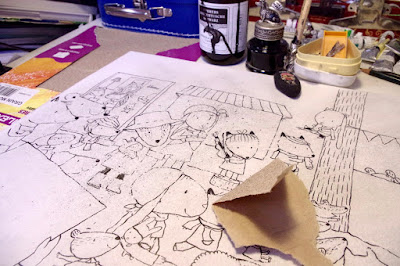 I printed all the spreads so obtained on watercolor paper. 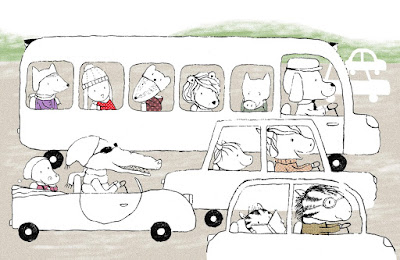 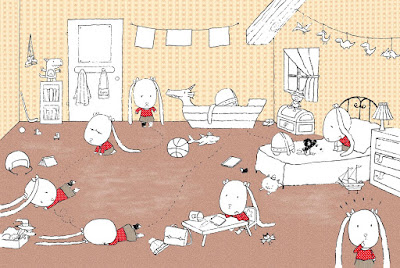 Lastly, I painted with watercolor. 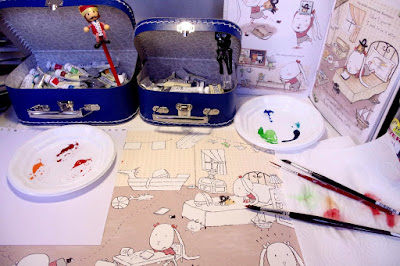 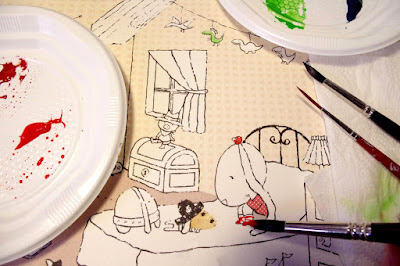 Here is a sneak peek of the final art: 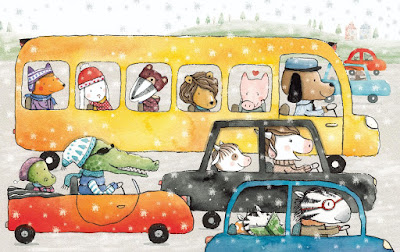 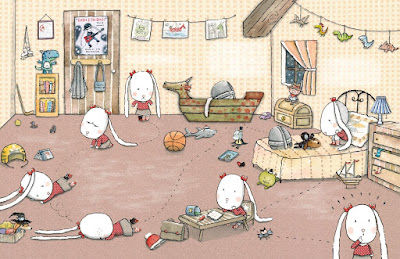 A few weeks later, I did some digital finalisations on the high resolution scans (snowflakes, stars and dark of night). The team also asked for a few corrections as, for example, to make GeeGee’s face less scary here, ha, ha, ha! 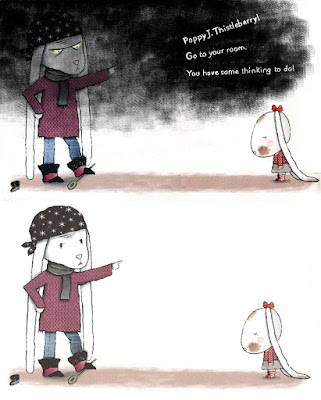 Once the final art was approved, I looked for cover ideas. The image had to be eye-catching, but also it had to work with the cover of the previous book, Poppy’s Best Paper. Below, my first ideas: 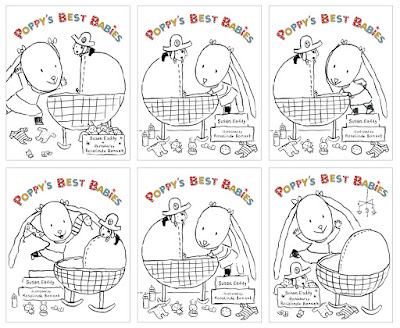 Here is the sketch approved by everyone: 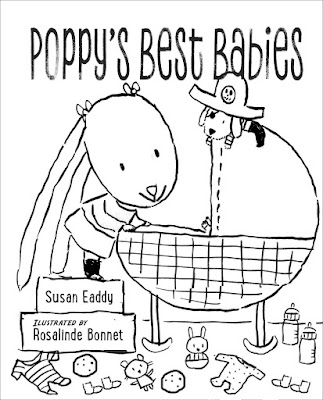 And here is the final cover. Hooray for Poppy! 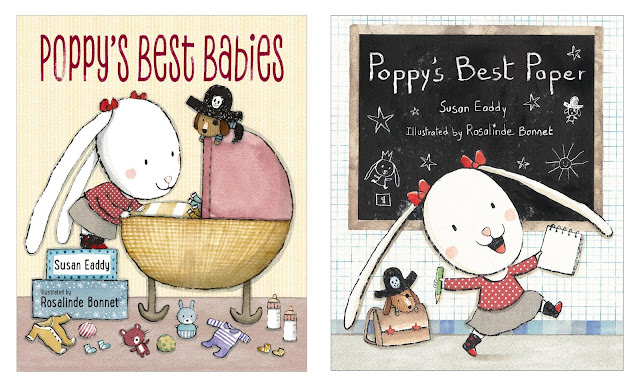 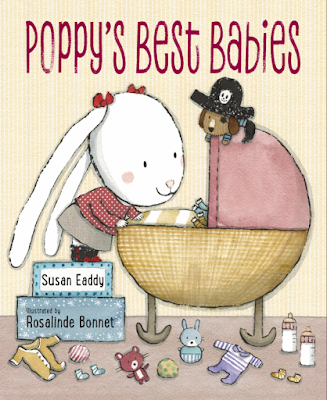